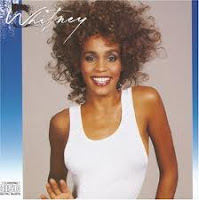 Two of my favorite artists of the 1980s are famous for being prodigious dope smokers. One of them died Saturday and the other is Tom Petty.

I didn’t realize how much I liked Whitney Houston until her death. I’m surprised how sad the news made me.

Her voice was breathtaking. She was beautiful. Today’s divas make surly seem like a job description. It wasn’t that way with Whitney. Carbonated beverages weren’t as bubbly.

I never bought any of her albums or saw any of her movies, but I remember feeling a little jolt of euphoria every time I heard her sing and back then her songs were everywhere.

I guess I sort of stopped caring when she married Bobby Brown and started making tabloid headlines for getting high. I thought, well, she’s finished.

I was right. It just got more and more sordid and pathetic ending Saturday in a bathtub at the Beverly Hills Hilton -- and if I was a celebrity who was fond of drugs I’d never set foot in a bathtub.
What is it about drugs that cause some artists to wither and others to thrive?

Take Petty. When it comes to marijuana use and promotion, he’s right up there -- and I mean up there -- with Willie Nelson and Snoop Dogg.

There’s his great 1994 stoner anthem, “You Don’t Know How it Feels.” Chorus: “Well, let me get to the point, let’s roll another joint!”

Even more emphatic is the obscure, “You Get Me High.” It starts out, “Let’s have another joint on me! Let’s get as gone as we can be! And we’ll float around the ceiling! Baby, you get me high!”

It’s a love song sung to a girl, but I’m confused about the real object of his lyrical affections.

There’s a segment in his outstanding “Running Down a Dream” career retrospective where he talks about how drugs ravaged the production of the 1985 album, “Southern Accents.”

Petty’s talking with evident sadness and consternation of the wreckage of drug use and saying how terrible and destructive to creativity they are. He then gets a mischievous glint in his eye and before dissolving into maniacal laughter asks the unseen interviewer, “You don’t happen to have any drugs, do you?”

I remember Mick Jagger saying something similar to “60 Minutes” correspondent Ed Bradley in 2002. Jagger said one day he woke up and realized he was sick and tired of always being wasted. Bradley asks when he came to that realization and Jagger, laughing just like Petty did, says, “After about 30 years!”

I often quote Willie Nelson when he’s asked about the effect on the crime rate if marijuana was legalized: “I know it’s kept me from killing a bunch of people.”

It’s an interesting time for me to be opining on the drug use of others because my wife and I are hooked on crystal meth.

We’re binging on “Breaking Bad,” the AMC show about the chemistry teacher (Bryan Cranston) who turns to crystal meth production after a terminal cancer diagnosis. We’re into the third season and I know when we catch up and have to go cold turkey we’ll suffer withdrawal until it airs again.

It’s the best show we’ve ever seen and it’s left me scared straight. It’s all over the headlines, too. Drugs are destroying lives.

Not everyone who smokes weed makes the narcotic jump to heroin or crystal meth, but the cops will tell you no one starts the latter without trying the former.

• Drugs are very bad for some people. Whitney Houston said heavy marijuana use ruined her life.

• Some very cool people really love weed and other drugs.

• Writing about drugs is a lot more fun when you don’t have to think about dead celebrities and wasted lives.

I suppose the same goes for doing them.
Posted by Chris Rodell at 11:30 AM

Email ThisBlogThis!Share to TwitterShare to FacebookShare to Pinterest
Labels: Breaking Bad is the best show ever, Howie Epstein, the death of Whitney Houston, Tom Petty, You don't know how it feels