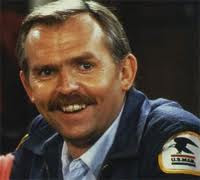 I've vowed to blog nearly every day unless I don't feel like it. I feel like it every day, really. I enjoy it. But today a friend's in town and we've scheduled an afternoon of South Side Pittsburgh debauchery and I have my priorities.
Still, I can't help but fret the day I do not blog will be the day President Obama or any of the congressional big shots read my blog for ideas on how to straighten out the messes routinely addressed here.
In case that happens today, here's a really good idea of mine from 2008.
I'm confident it could earn the federal government billions in revenues.
Too bad it hasn't earned me even a dime.
For the sake of mental convenience, I’m thinking of packing up the family, all our stuff and moving the whole shebang to Newton Falls, Ohio.

I’m in the midst of a comprehensive study about zip codes for pin heads. It’ll be four years ago in February we moved one mile from near Latrobe, Pa. 15696, to postally proper Latrobe, Pa. 15650, and I still occasionally find my password-cluttered mind stumbling over the difference. It has me wishing I lived someplace where my zip had some zing.

Bond, Colorado, appears to be perfectly insignificant to the rest of the world, but how much publicity could it gain if someone with a puckish sense of humor bestowed them the perfectly obvious 00007? Reporters from all over the country would descend on Bond with each new Bond movie to write reviews that would appear under headlines like “Bond on Bond,” or “Licensed to Deliver, Bond 00007.”