My tweets of the month 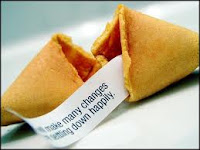 My time is so fractured this week I have been unable to devote the hour or so’s worth of brain power to conjuring up a coherent blog post for three days.

Why that should bother me must be some kind of psychosis.

Back in the days when I had a salaried job it never once bothered me when I’d dog it. In fact, I used to brag to fellow idlers about how little I’d achieved on the company clock while we were doing things like filling out football pools on the building’s roof.

I have had spurts of genuine productivity. I did a travel story about the 50th anniversary of the construction of the Berlin Wall on August 13, 1961. That should run next week on msnbc.com. Fascinating historical stuff, it is.

Today I’m leaving for a weekend of golf with my cousin’s husband up in Warren, Pa. Should be a blast.

But while other men are out enjoying carefree time in the sun, I’m sure I’ll be thinking, man, I’m really neglecting the blog while I’m golfing.

Funny, but I’ve never once expressed similar feelings about the family.

I guess the blog seems to need me more than the family, which has HDTV when I’m not around.

So here’s a Twitter round-up to shave off some of your day’s productivity. Feel free to follow it at 8days2Amish. It’s a pretty good batch and makes me wonder if I should see if my local Chinese restaurant will hire me to compose notes for the fortune cookies.

Of course, those of you who read my blog should feel no obligation to follow my tweets.

Because I’m sure at some point next month I’ll need to drop another space-filler blog post when I’m feeling too harried to write something about nothing like I’ve been doing for three years now.

Have a great weekend -- and try and guess which Tweet I’m most proud of! (Answer at the end)

• Despite my objections, grocery store check-out lady insisted each purchase needed its own plastic sack. She was very bagnanimous.

• Honesty without tact is like brain surgery without anesthesia. The operation could cure, but the complications can kill.

• Those who build circular homes are doomed to live lives without foundational cornerstones.

• Nothing -- not public speaking, not cop in the rearview mirror -- makes me go to pieces like hearing someone say, "Hey, just do the math."

• What am I to infer from the fact my blog readership spikes on days when I post nothing? Must I cease blogging to become a successful blogger?

• People who allow technological advances to drive them crazy are doomed to wind up in iPadded cells.

• If it cared at all about titular accuracy then Scotland Yard would be called London Building.

• "Retweet!" still sounds to me like something Elmer Fudd would shout when Bugs Bunny was closing in.

• Punchline in search of a joke abt mule farmer with a crazy rabbit: "And that's what happens when a farmer gets a wild hare up his ass."

• How can pigs be so filthy in a world rife with so much hogwash?

• Switzerland would today be an international superpower if it had only channeled its creative thinking toward the Swiss Army Bazooka.

• I hope in my next life to come back as a pot just so no one will point out the hypocrisy when I call the kettle black.

My favorite is the one about kid napping and kidnapping. To me, it’s the perfect tweet because it’s clever, seems original, and there’s absolutely no where else in the world where I can find a place to use the line.