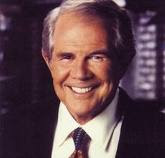 It’s not really a natural disaster if people are bummin’ they missed it.

All the news channels rushed in with “Breaking News” bulletins about the Tuesday earthquake that registered 5.8 on the seismic Richter scale, not to be confused with the structurally stout Andy Richter scale.

It seemed to rivet the nation -- and that’s a useful civic reaction to a situation where things like tectonic plates are coming apart.

As expected, we’ve seen scores of interviews with disheveled office workers saying it lasted 30 seconds and involved a lot of uncontrollable shaking.

One said it felt like being on a wooden roller coaster. Another said her whole world shook.

There wasn’t much property damage and everyone feels a little exhilarated.

It’s kind of like everyone on the East Coast enjoyed a simultaneous orgasm.

That leaves me faking it. I didn’t feel a thing.

This happens at the same time OKCupid released a list saying Pittsburgh is America’s third most promiscuous city.

Lot of good that does me.

I have only myself to blame. It was my idea to in 1992 shack up with the fair Valerie and stroll eyes wide open down the path to marriage, fatherhood and the sexual oatmeal of monogamy.

I saw footage of the White House shaking and wondered if Republicans will try and blame the earthquake on Obama.

That’s, of course, crazy. It couldn’t be his fault.

It couldn’t be the San Andreas Fault either.

This will smack of regional jingoism, but besides urban sprawl, challenging winters and New Jersey, I didn’t realize the East Coast even had any faults.

When things like this happen we mortals are left to wonder why. We beseech higher powers for understanding.

But who needs higher powers when we have Pat Robertson?

He’s a reliable translator when it comes to so-called “Acts of God” and divine explanation as to why the poor bastards really had it coming.

For example, he said Haiti’s 2010 earthquake was the result of a voodoo pact with the Devil.

So Haiti gets hit with an earthquake and it’s because it’s home to Satanic forces.

And Virginia gets hit with an earthquake because it’s home to, hmmm . . . who?

He lives in Virginia Beach. So do my in-laws.

I’m saying that for full disclosure purposes and not because I have any of the petty vindictiveness Robertson attributes to God.

Now Virginia is in some projected paths of Hurricane Irene.

I’d go to church more if Pat says God told him to skedaddle to the magnificent woods of northern Minnesota and a massive volcano suddenly erupted there up from amidst the timbers.

I wonder why acts of God always involve death and destruction. Pat hasn’t said He’s told him so, but I’d have to think God doesn’t like being indelibly linked with earth’s worst disasters.

Yesterday was a gorgeous day. Wasn’t that an act of God?

Our nation’s right now a nervous wreck. We’ve suffered through economic tumult, NFL labor strife and now eastern earthquakes and the thought that Will Smith might soon be single.

I hope gas prices plummet after someone invents a truly green engine that runs on grass clippings. I hope due to an accounting error the federal government learns it’s actually in surplus and everyone is getting a check for $5,000 in time for today’s Happy Hour.

I hope we hear an entire broadcast of “Breaking News” that doesn’t involve anything getting broken.

"Yesterday was a gorgeous day. Wasn’t that an act of God?"

I wish I had written that. Great line.

Truly funny piece in its entirety. I'd single out more lines, but you wrote them so you know what they are.

Isn't it funny how ones like that, written in a jiffy, can have such a sparkle? Thanks for the compliments.

And glad to have you back and blogging.