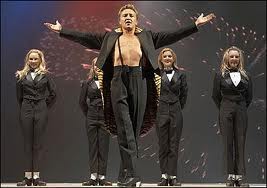 Please don’t take this wrong or think me evil, but I’m rooting for a Satan worshipper to score a touchdown this weekend.
I want him to set the football down and make a demonstrative sign of gratitude to the Prince of Darkness. I’m not saying I want to see him sacrifice a virgin on the goalpost -- as if there’s one to be found at any 70,000-seat NFL colosseum.
I’d just like to see some humble gesture to show the devil that, hey, this one’s for you.
NFL commissioner Roger Goodell and the god-like men who run the NFL would have a collective fit and that would please my mischievous soul.
This will be the year I’ll remember as the one the NFL came unhinged. One week it’s fining its best players tens of thousands of dollars for hits it celebrates with commemorative DVDs. The next week it defends as just referee decisions that confound logic.
I think it is in the midst of a nervous breakdown at the realization it is about to initiate a work stoppage that will cause the game grievous harm.
And through it all they simply ooze arrogance over the league belief that it knows what’s best for America.
No where is this more apparent than in the league crackdown on excessive celebrations. It doesn’t want any one doing any dances, donning any costumes or smuggling fireworks in their jock straps.
It’s gotten so bad the officials flagged two Dallas Cowboys who merely chest bumped, a move that infuriated -- speaking of Satan -- Cowboy owner Jerry Jones.
Fifty years ago there was no such thing as excessive celebrations. Stoic midwest farm boys would score touchdowns, hand the ball to the ref, and line up for the extra point.
But America’s changed and so has the NFL.
Today many of the men scoring most of the touchdowns are urban blacks from impoverished backgrounds. Newly enriched, some of them now flash gold teeth, wear $15,000 mink coats and drive Hummers tricked out with things like hot tubs.
For them, excess is something to celebrate.
The exemplar of this is the artist formerly known as Chad Johnson. He’s paid to play wide receiver for the Cincinnati Bengals. But as anyone who's ever watched him knows, he’s a performance artist who plays for himself.
He changed his name to Chad Ocho Cinco (his number’s 85) and was the greatest end zone celebrant the game’s ever known.
He didn’t just dance. He performed skits. Clearly, he practiced what he’d do after he scored a touchdown as intently as he did the skills needed to score touchdowns in the first place.
My favorite was when he put the ball down and did his “Lord of the Dance” impersonation.
This gold-toothed, 6-foot-1, ebony-skinned gazelle for just a moment convinced me he was a plucky little leprechaun. It was featured on all the sports highlight shows, which was its sole purpose.
I thought it was marvelous, but stoic midwest farm boys, the kind who now run the NFL, were outraged.
They want flashy blacks to play football and attract that demographic, but when they score points they want them to act like pro golfers after sinking a long par putt.
Meanwhile, all this is going on while one excessive celebration is overlooked nearly every game.
Yes, it’s the “Praise Jesus!” touchdown celebration. The player scores, kneels down, head reverentially bowed and then leaps skyward to say something like, “Thank you, Lord, for allowing the defense to part long enough for me to score for your greater glory and so I can fulfill a lucrative bonus clause in my multi-million dollar contract. Now, how about that two-point conversion!”
But no official would dare flag a player for a praise Jesus celebration.
That’s why I want to see a Satan worshipper score and later inform reporters his gestures were to celebrate his dark under lord.
It would infuriate the holy rollers who run and support the NFL. They’d want to run him out of the league.
But it’s an obvious freedom of speech issue. Either you’re allowed to celebrate in your own way or you’re not.
To be clear, I do not worship Satan or advocate others to do so.
And it’s certainly not God I resent.
It’s all the men who act like Him. To hell with them.
Posted by Chris Rodell at 10:04 AM

Just what do you imagine the devil dance to be?

Ocho Cinco 8 5 buddy You must be a Steeler fan.....From The Fishkiller
Ironic my secret word to type in was bumistal....since I have no Bum!!

Ah, yes, thank you my Cincinnati friends, assuming "anonymous" is Cinci and is my friend and that Tom still is Cinci even if he no longer lives there.