Keep me safe! Touch my junk! 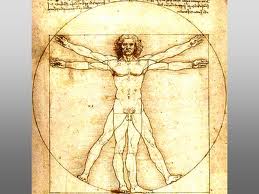 In “The Sting,” the outstanding Paul Newman/Robert Redford 1973 film, Redford and a crafty old con man target a mob numbers runner for larcenous deception.
The old man and another insider stage a knife fight to lure the eager mark into taking the loot.
During a clever swap, Redford’s Johnny Hooker tells the mark to put the money way down the front of his pants to avoid detection.
“The toughest guy in the world won’t frisk you there,” Hooker says.
I was thinking of that scene the other day as I stood, legs spread, in the security vortex at Greater Pittsburgh Airport.
The TSA agent didn’t look like the toughest guy in the world. In fact, I figured I could have kicked his butt had I been indifferent to spending the next five to 10 years in a federal penitentiary.
He had a job to do. I doubt he sprung of bed each day all chipper and thinking, “Man! I’m the luckiest guy in the world! Today I get to run my hands all over nearly 300 sullen strangers! Yippee!”
He sure didn’t look happy about getting what I guess you can call “frisky” with me.
My arms were spread and I’m sure to the lady operating the full body scanner I resembled the Leonardo da Vinci sketch of the naked Renaissance man, only one with a modern middle age paunch.
He did the arms, the chest, then knelt down to my ankles and started working his way north with a series of squeezes what in other circumstances could have been called affectionate.
“Okay, now I’m going to come clear up to the bottom of the torso.”
I’d never heard it called that before. It’s a perfectly bureaucratic phrase. I’m sure the rest of us civilians can instinctively come up with one or two mono-syllabic words to describe the region he was duty bound to secure.
Did I feel violated? No.
Did I want express outrage? No, but I did make a mental note to place an industrial-sized whoopee cushion near the bottom of my torso next time I fly.
And the worst way to travel somehow manages to make itself even more irksome and degrading.
Few people remember but one of the biggest stories of the summer of 2001 was the push to pass an airline passenger bill of rights.
Why, passengers were tired of being treated so rudely. We’d had it up to the tops of our torsos with such shabby treatment.
Remember what bumped that story off the front pages?
Sure you do. After the terrors of 9/11 we were all willing to submit to any indignity that would ensure our planes were safe.
I guess the hyperbolic outrage over these invasive pat downs is a sign of how complacent we’ve become.
What’s amazing to me is there has been actual attempted bombings that involve every invasive security measure that have us literally so up in arms.
We had a shoe bomber so we all had to shuck their shoes.
We had a bomber with explosives in his underwear -- and you’d think there’s a dandy pick-up line in there somewhere -- so now we’re getting grabbed in places once reserved for intimates.
No one can argue the whole system isn’t utterly insane and wasteful. In 10 years, we’ve had fewer than a dozen young men of Middle Eastern descent try to board planes with bombs, yet every single passenger from toddlers to grannies is suspect.
I take a back seat to know one in regard to civil liberties, but the current system makes no sense. Yet, who’s to argue it’s not working?
For me an even more egregious incident than the invasive pat down happened on the way home.
I was given bottle of fine cabernet and thought it would be safer if I returned it home in my carryon, rather than risk getting it smashed by the gorillas in baggage handling.
It was corked and waxed. I would need banned weapons and a good reason to celebrate to open the thing in flight.
Never occurred to me it was a liquid and thus eligible for confiscation. They told me I could go back and check it, but I didn’t need add yet another layer of hassle to my trip.
I said cheers, boys. This one’s on me.
So you know what I’m going to do?
I think I’m going to spend the day searching the internet for a Patrick or a Patricia Downs to ask them if they’re invasive by nature or upset that people are hating all these pat downs.
I’ll let you know if anything comes of it.
Posted by Chris Rodell at 1:57 PM

It's been a long time since I boarded an airplane, but now that I know about this enhanced experience, it's sounding more and more appealing.

Hmmm ... with my luck, I'd end up with a frisker who looks like the coach from Glee.

I think I'll stick to driving.

The world's most traveled man once told me he'd ridden everything with either wheels or legs and nothing beats the train.

Still, you can't beat the joys of a good, long drive.

I've yet to hear anyone make the enhanced pat downs so seductive. I guess it's all a matter of perspective.

We have to take these little thrills where we can get them, my friend. It doesn't take much.

I'm with you there, Averil.