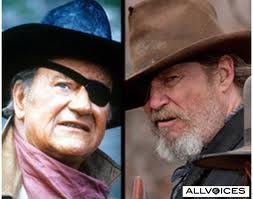 With so many interesting movies by so many of our top stars either out or emerging, I think it’s time to take a look at what Hollywood’s offering during this busy season.
And with so many of these stars leading extravagant and intrusive off-screen lives, this will probably get snarky in a jiffy.
This list omits about 20 other new movies that are so obviously dreadful (“Yogi Bear,” “Faster,” Burlesque”) they deserve no consideration.
The best movie I’ve seen this year is by far “The Social Network.” And “Zombieland” is uproarious fun.
In short, Hollywood’s still capable of making some great entertainment, but its batting average is well below the Mendoza line.
If it were a ball player it would be utility infielder for the Pittsburgh Pirates.
Posted by Chris Rodell at 10:41 AM

I agree with you about Social Network – I saw it twice just to scoop up the missing bits of dialogue that raced past me the first time. Loved it.

Fair Game is one I'd like to see. Justice hasn't been served in the court of public opinion, as far as I am concerned. Due Date is the other I'd be willing to pay theater ticket price.

Yeah, I can't wait to see Social Network again. Just loved it. As far as Due Date, I love Robert Downey Jr. and loved The Hangover, but this looks too familiar. I always go by the www.rottentomatoes.com recommendations. Due Date is getting only about 40 percent good reviews, as opposed to Social Network, which is plus 95.