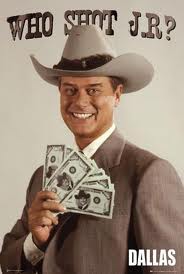 One of the most confounding aspects of what I for lack of a better word call my “career” is the arc of my ethics.

It’s gone completely in reverse.
Fresh from the ethical scolds lording over our nation’s journalism schools, most young reporters embark on careers so free of taint you’d think they were trying to achieve sainthood, not cover the hapless schleps mismanaging local school boards.
They won’t accept gifts, curry favor or drink with potential sources.
I went through that phase myself. Lasted about 10 days.
Then I got a good long look at my first paycheck. I realized I’d never get rich chasing news stories. So I decided being an unethical journalist would at least be more fun than being an upright one free of ethical stain.
I accepted freebies, played favorites and, hell, ever since I was in the fifth grade I’d go drinking with anybody.
Then something dramatic happened to turn me into one of the most unethical creatures on the entire planet, one that true journalists vilified for my scurrilous ways.
I started working for National Enquirer.
I’d found my true calling. From 1992 through 2001, I did more than 1,000 stories for America’s most notorious news magazine.
And it couldn’t have been more fun. I still wake up many, many mornings and read a story that makes me wish I’d never quit to do more mainstream nonsense.
While fellow journalists shunned me, I was always the most popular guy at the party. Everyone wanted to hear my swashbuckling stories about the time I sneaked into rehab with Courtney Love, crashed Julia Roberts’s 30th birthday party and got busted hiding in a church confessional booth the day actor Chris O’Donnell married his sweetheart.
The highlight, or lowlight as it were, may have been President Bill Clinton’s 1996 State of the Union Address. I remember watching it with my wife when Clinton began talking about how laws were needed to protect the privacy of hospital patients.
“We need these laws to protect (legendary entertainer) who had her personal hospital records stolen and published on the front pages of a tabloid for everyone to read.”
Then Clinton gave a grave nod to the gallery and this legendary entertainer stood up and gravely saluted back. Divided by so much, both Democrats and Republicans rose as one and erupted in righteous cheers.
I looked at my wife and said, “Hey! He’s talking about me!”
It was a doozy of a sleuth, one I’ll share in full detail once I’m certain all relevant statutes of limitations have expired.
I justified my shady shenanigans by believing celebrities who lie about their health, their drug usage and -- praise Jesus! -- dupe their fans about their morality deserve to be exposed as fraudulent.
All this makes for a lively class whenever I do occasional teaching to prospective journalism students.
I begin the session on the topic by saying, “Tonight we’re going to talk about the importance of ethics to modern journalism . . . This ought to take about six minutes.”
I always cite South Fork scoundrel J.R. Ewing who advised, “Once you get past ethics, the rest is easy.”
This is funny to me because somehow this little no-pay blog has made me a paragon of ethics.
I don’t know how this happened. Maybe it was a mistake to put “Amish” in the title because it hints at something purer than I’ve ever been.
Because the old me would never have turned down a free meal at one of my favorite restaurants, and that’s what I did this week.
I got a friendly e-mail from a girl representing a viral marketing firm in Pittsburgh that goes by the name Nakturnal.
They are offering me and I assume a guest a free meal at the Sonoma Grille. Now, my wife and I love it there. We went there for her birthday last year. It’s great. In fact, I gave it a flattering mention it in a recent blog about places I take out of towners to impress them with Pittsburgh.
In return, they want me to write about how great it is -- true -- and then offer a $25 gift card to one lucky reader.
“This would be a great way to reward your readers and get more interaction on your blog, as well as benefit us by getting the word out about this affordable fine dining experience,” the note read.
I should be thrilled with the whole transaction. This is downright wholesome compared to posing as a heroin addict to interview drug-addled Courtney Love as she’s struggling through the old celebrity 12-step.
But I just can’t do it. I don’t think anyone reads my blog to learn why I think the Char Su Duck at Sonoma Grille is so sublime.
If I was that influential, I’d influence up some more readers for my blog or perhaps some actual wage-earning work. And wouldn’t that be something!
So, alas, my lofty ethical standards prevent me from accepting even graciously offered freebies from the Sonoma Grille or any of Pittsburgh’s many other fine dining establishments.
To be clear: send me no freebies.
None.
But don’t let that stop you from sending them all to my wife!


Note: You can see my Enquirer greatest hits at www.chrisrodell.com
Posted by Chris Rodell at 1:48 PM