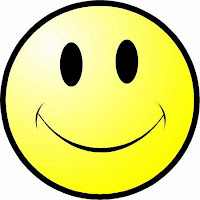 I experienced a momentary hiccup of dismay upon reading the list of least/most happy states. It said I’d spent nearly all of my most happy years in some of the most miserable states.

Understand, it didn’t ruin my day. I learned years ago that I’m genetically disposed to happiness.

It’s a sort of character defect along the lines of being cheap, lazy or naturally unkempt (I’m three-for-three on those, too).

Yet, a foolish happiness is my most persistent trait. Been that way all my life. It’s an unusual circumstance for anyone who bothers to read the newspaper, as I’ve always done.

Really, anyone who is at all aware of the news or earth trends should awaken borderline suicidal and become progressively more morose as the day progresses. There are mass bombings, random murder, thieves who prey on senior citizens, and here in western Pennsylvania we are besieged by the daily drumbeat of news that, gadzooks, the Steelers have lost five in a row.

How can anyone with an IQ above a hammer be happy?

The AP report I saw said the study was based on residential satisfaction with schools, safety and commuting. By those criteria, Louisiana comes first in cheeriness.

Had more scholarly discrimination been applied, the study would have concluded that the top 10 (see list below) are blessed with an abundance of booze and beaches.

I wouldn’t argue with Louisiana. I’ve been blissfully happy there many times. Once in New Orleans while there on an deep pocket expense account, I was convinced I’d died and gone to happy heaven. It was wonderful.

In fact, if I ever get to actual heaven and someone doesn’t say, “Welcome to New Orleans. Here’s the company credit card,” I’m going to hunt around for a suggestion box.

I also have splendid memories of happy times in Florida, Tennessee, South Carolina, Mississippi, Alabama and Maine, all states listed in the top ten.

If for some outlandish reason, someone told me I had to move back to Tennessee, I’d do it in a heartbeat. My big brother and his family live there and I have many friends from the years 1985-88 when I called the Volunteer State home. I love the music at the Bluebird Cafe in Nashville, the barbecue at The Rendezvous in Memphis and all that fine bourbon produced in happy hamlets like Lynchburg and Tullahoma.

Heck, with enough Tennessee sippin’ whiskey within reach I could probably be happy in Hell.

And I’d love to spend more time in the marvelous Low Country of South Carolina, as relaxed a location as anywhere in the country.

But it looks like I’m doomed to spend my days here in Pennsylvania, now ranked the ninth least happy state in the union. As I tap out this post, I can look out the window and see the snows falling that’ll probably lay on the ground until late March.

I don’t know why my fellow Pennsylvanians are so unhappy. Sure, our legislature is full of overpaid crooks, more than 10 percent can’t even find work in the godforsaken coal mines, and the weather sucks from Halloween to clear past Easter.

Plus, if anyone ever made us sit in state-by-state home rooms we’d be stuck with newly single Pennsylvanians Jon and Kate Gosselin.

But is it really all that bad?

Take me. I haven’t earned hardly a dime all year and will stubbornly refuse wage-earning work if I thought it was beneath me or cut too deeply into my bar time. Yet I remain foolishly convinced that today something good will happen to me whether I do something about it or not.

Here’s a thought: maybe the only person they bothered to poll was my poor wife. Now, there’s a person that has ample reason to be unhappy.

Anyhoo, I was surprised more of the geometrically boring states didn’t crack the bottom 10. Kids are always being encouraged to “think outside the box.” How is that even possible in a state as perfectly square as Wyoming?

It’s too bad we don’t have one circular state. It’s such a happy shape I’d love to live there in the round.

Square or round, I guess it wouldn’t make difference for a guy like me. I’m just stuck being happy.

I go through life like a retired fisherman with a fresh bucket full of worms and dirt, ever content to be whiling away the years with the patience and confidence that something good is bound to happen sooner or later.

I guess true happiness is just a state of mind where we can choose to reside or not.

i'd love to have your "foolish happiness" right about now. but i live in the part of KY that borders ohio, so i'm screwed no matter how i look at it.

i'm glad that the AP has such important things to do...

Eternal optimists of the world unite!

I too, am stuck being happy, no matter what life throws at me. And boy! life has been practicing it's pitching on me lately! But I still wear that dopey smile, confident in the knowledge that I will prevail.

I am also guilty of being cheap, lazy and unkempt......maybe THESE are the secrets to happiness, rather than the stuff I've been espousing to all and sundry!

Whatever it is that makes you happy - just enjoy.

Well, what do they expect? Of course Pennsylvanians aren't happy. The Steelers are out of the playoffs. Let them make that report when the Penguins are in the playoffs. Then they'll find us all smiling.

I know that area well, Lexcade. Not to pile on, but I understand your stately forlorness. My car broke down there near Big Bone Lick state park. I'll hold the jokes. Hang in there, and Merry Christmas!

Thanks for checking in Jacqueline with your happy note. It's odd, isn't it? Happiness sometimes seems so unnatural. Good luck with your mission and ditto on your sentiments.

And, Michelle, your wisdom is appreciated. I always enjoy hearing your comments because of your friendly familiarity with the ol' neighborhood. So do you think the Steelers face a steeper climb to the championship this year or the Pens did last year? Remember how dire that looked? I think this would be tougher. Merry Christmas!

Much tougher for Steelers. The game this past Sunday was a surprise, and there's still that minute chance for the Steelers. But really, it's Penguins all the way (so long if they can finally get a win against the Devils.)

I hope you have a great one!