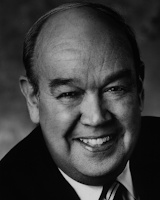 It’s becoming clear that mankind will never have successful birth control until a drug is designed that diminishes the length of a man’s penis every time it has unprotected sex.

For the good of steadfast families and population control, this drug should be mandatory for all males over the age of 15.

Three weeks into the scandal, I continue to be amazed at the recklessness of Tiger Woods. Here was a man with so much to lose. Clearly, risking his family, his vast riches and his prestige didn’t matter to him.

So what’s the one thing that really does matter to him?

It’s impossible for me to be detached from a subject to which I’m so attached and which, coincidentally, is so attached to me, but for the good of my brothers this drastic solution must be considered.

I’ve seen too much wreckage involving men I admire to stand by without addressing the subject -- and there’s no other way to put it -- head on.

It’s happened with Tiger, John Edwards, David Letterman, Bill Clinton and even Charles Kuralt, the late more-wholesome-than-milk broadcaster whose homespun “On the Road” reports made him part of every home in America.

In fact, that was particularly true with homes in both New York and Montana. Shortly after his starspangled death on July 4, 1997, it was revealed that he’d for nearly three decades kept a shadow family in Montana, which kind of made him a polygamist with frequent flyer miles.

I don’t think anybody gets into a marriage and plans on having it end with tawdry infidelity. But it happens all the time.

Why the young Tiger wanted to get involved in the pretense of marriage is a mystery when it’s clear all he wanted to do was spend his idle hours dabbling with hookers or women who devote hours to makeup, wardrobe and costly reconstructive surgery to ensure they resemble hookers.

I have a theory that our rampant infidelity is a result of the grinding boredom that comes with man’s ever-increasing longevity.

Think about it. Just 250 years ago, the average life span in America was about 40 years. Strong and faithful men with names like Miles would get married at about 18 years old and swear before fellow pilgrims that, “By God, I’m going to be true and faithful to Hester for the rest of our natural days.”

Then Miles would get to be about 38 years old, he’d say, “I am so sicketh of Hester. Our marital relations have soured, her figure has lost its sturdiness and she never did learn to roast a goose the way mother did. Oh, well, I’ll be dead in two years. Might as well sticketh it out.”

Our life expectancy has been extended dramatically, but young people still feel family pressure to marry in their still ripe 20s.

I was able to resist those pressures and didn’t marry my sweetheart until I was 33 (three years after we began a sinfully sensible shack up).

Men wouldn’t get in so much trouble if they’d had a grandfather like mine. I remember leaving home to attend Ohio University back in 1981. He pulled me aside and said, “Boy, just keep your pecker in your pants until you’re 30 and you’ll be fine.”

I thought of Papa anytime I got into trouble that stemmed from disregarding his advice.

If I ever have a grandson, I’m going to tell him what Papa told me and amend it to address times sure to be even more sex-obsessed than ours “. . . and if you fail to do so, be sure to put condoms on everything and three condoms on some things.”

And the world spins on with fresh reports that Elin Woods is going to shorten the marriage that, I’m sure, both she and Tiger hoped would last forever.

Tiger could lose a whopping $500 million.

He should consider himself lucky. Nobody would blame her if she drastically shortened something that clearly means more to him than marriage.
Posted by Chris Rodell at 11:26 AM

I should host a seminar on the subject, Kimmi. If I do, your flattery here means I'll call on you to be a panelist.

Always so good to know you're reading and taking the time to comment. Thanks!