I want Tiger for my son-in-law 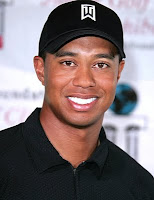 My scheme to become future father-in-law to Tiger Woods gained steam this week when the golfer’s Escalade hit a fire hydrant and his marriage the rocks.

The ensuing $164 fine, all the unseemly speculation and today’s couched apology do nothing to dissuade me: Tiger would make a fine son-in-law.

Understand I take no pleasure in the misery of any soul. I want everyone to be happy. That high minded standard is never more in play than when that forlorn soul is my very own.

Nothing in this earthly world has caused me more persistent torment than a love of golf and an aversion to in-laws.

Loving golf is like a gypsy curse. Your very best round is guaranteed to be marred by decisions that’ll cause lifelong regret.

As for in-laws, here’s what my wise brother said one marriage and four in-laws ago:

“The difference between in-laws and outlaws is that outlaws are at least wanted by someone.”

That’s the reciprocal way it’s been with me and my father-in-law. We couldn’t be more different. He’s honest, ambitious, sober and hard-working.

That’s why I believe with one fell swoop I could eliminate two vexing hardships. I’m sure Tiger swing tips could cure my devastating slice and we could enjoy adoring in-law relations that have for so long eluded me.

So I’ve spent the past nine years grooming my daughters to become leading candidates for what I calculate ought to be Tiger’s second or third trophy wife by about the year 2029. That’s when Tiger will be 53 and my daughters will be 29 and 23.

My wife and I are raising our darlings to be well-rounded, thoughtful, creative and witty girls who one day will grow into outstanding individuals. This, we believe, will make them attractive to any caring and accomplished gentleman of the future seeking matrimonial bliss.

This wildly assumes, of course, that anyone of either gender will still be even the least bit heterosexual in 20 years but it can’t hurt to hope.

See, when Tiger married the comely Elin Nordegren in 2004, it dawned on me that according to celebrity custom the marriage would last about 12 years before he traded her in for a newer, sportier model -- and I do mean model.

I sensed opportunity. Woods changes drivers nearly every year. I guarantee you that club’s performance means more to him than anything a wife could do for him.

That’s not intended to disparage marriage or women. It’s simply a function of being a dazzling celebrity worth an estimated $1 billion dollars. He can’t hire a nervy substitute to bang 350 yard drives up the 18th fairway at Augusta or sink a 6-foot birdie putt with $10 million on the line.

But he can hire or obtain someone to do anything an intimate wife will do.

And that’s apparently what caused all the Thanksgiving Day trouble.

The National Enquirer reported the world’s greatest golfer and professional party hostess -- great work if you can get it -- Rachel Uchitel are having an affair.

For me this was a happy collision of two of my most stalwart career disciplines.

I spent 1992-2000 doing more than 1,000 swashbuckling non-celebrity features for the Enquirer. Then I made the numbskulled career pivot from 2000-2007 to become a feature writer for Golf Magazine and other swanky industry publications.

On top of that, like Nordegren, I’m of Swedish descent. If I can manufacture some African-American/Thai connection to my lilly white world then, book it, I’m a lock to appear this week on Larry King Live.

Many people are saying this is none of our business. True, but that ignores the universal impulse to hide behind the drapes and lean closer to the open window whenever the neighbors raise their voices.

Ending any marriage can be painful and laden with financial and emotional pitfalls that can devastate both parties.

And, yes, the same results can apply to all those who stay married so that’s sort of a wash.

The romantic in me hopes they can work it out. I like Tiger and they’ve always seemed to me like a nice family at ease with his solar celebrity.

But the practical side of me sees a relationship with lots of troubling questions.

I hope they’re resolved without any more trauma. I want an in-law, not an outlaw.

My golf game’s not going to get better all by itself.
Posted by Chris Rodell at 12:05 PM

That's a pretty selfish want, isn't it? I just bet the competition for the next FIN will be quite huge.

Truly, I really think its his personal stuff and off limits.
(of course, I still read about it
if its blog written. lol)

Yes, I was just thrashing about for a way to comment. But, geez, it still would be cool! I like Tiger and, honest, feel bad for the billionaire champion golfer. And I really feel bad for his family.

My wants, indeed, are selfish. But him? Wow. He had to have known he'd get caught. A friend of mine said he should have gone the route of the great Derek Jeter of the NY Yankees. He's never married and dates the world's most beautiful women on a weekly basis.

Aha! I still wouldn't have puzzled that one out, even though it's my aspiration. Thanks, Char!