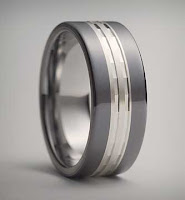 I received a polite and solicitous e-mail today that wondered what it would take to get me to mention “Tungsten Wedding Bands” on www.EightDaysToAmish.com and provide the promotional link, www.superiorweddingrings.com.

Company rep Nick Hudson said he was eager to improve the snazzy jeweler’s Google page rank and for some reason thought a site that mentions “Amish” in the title would do the trick.

Well, it hasn’t really worked much magic for me, but best of luck with that.

“We operate on a small budget, and we would be more than willing to give you a tungsten ring from our site in exchange for a link,” he wrote. “Let me know if this would be something that you would be interested in. Thanks for any help you can give us.”

I decided to do so because I believe this sort of behavior should be encouraged, and I mean polite earnestness like the sort practiced by Nick.

Sure, I believe encouraging people to offer me free stuff should be encouraged, too, but that’s beside the point.

See I don’t need another wedding ring. I already have a dandy one that’s been on my finger since September 1996.

Like the marriage it represents, it is golden, priceless to me, makes a nice appearance and has a few scratches of character that come with age and finger fidelity. And by that I mean I never take it off. It’s on me when I’m golfing, cutting firewood or raising a champagne toast to my still lovely bride.

It is the only jewelry I wear. For great swathes of the 24-hour day, it is the only thing I wear, as I don’t wear my glasses and nothing else to slumber.

Note that it is gold and not a Tungsten Wedding Band, something I didn’t know existed until Nick’s e-mail zoomed into my computer.

Tungsten is a robust metal that resists melting until heated to excess of 6,192-degrees Fahrenheit. That means these wedding rings could survive a honeymoon stroll through a fiery coke oven at a steel mill, even if you and your betrothed could not.

I’m a little confused about the technology of constructing indestructible wedding bands in an age when so many marriages are downright disposable.

And it looks like that’s just the tip of the, speaking of Titanic, iceberg. The man who'd never dreaming of cheating on a golf course makes up for it in his marriage.

Call me naive, but I’m stunned. It’s impossible to peek behind the curtains of any marriage, but why get married in the first place if the bedrock principles behind the coupling are such a sham? Why expose the mother of your children to such global ridicule?

It’s been reported that Tiger and Elin Woods are renegotiating their pre-nup to $75 million if she stays with him for another two years.

And he’s supposedly ring shopping for what’s called a Kobe Special. That’s in reference to the $4 million 8-carat purple diamond ring NBA star Kobe Bryant bought his wife after he’d been accused of sexual assault in 2003.

Two children and six years later, the pair are still married. Maybe the fact that Vanessa still has nine other fingers has something to do with it.

Maybe all marriages should start out with the bride and groom exchanging candy rings made of Necco wafers that my daughters love so much.

Then on your first anniversary, depending on marital evaluations, you either eat it and move on or swap it for sturdier models. As the marriage thrives through the successive difficulties wrought by children and financial woe, the better quality rings could be showcased combat like metals on generals.

So, there you go.

As the FTC is all of a sudden getting finicky about full blogger disclosure, I feel compelled to announce I am hearby for now declining Nick’s gracious offer of a free ring.

I will, however, keep his e-mail in the hopes my marriage shows the tungsten like-grit to make it to 2046 and our 50th anniversary.

And you never know. Maybe one day Nick will get hired to do marketing for Lamborghini.

Like Tiger, I reserve the right to be a little choosy when it comes to ethical matters.

Thank you, Chris, for your help and the great post. I was wondering if you could also put a link on the side bar saying "Tungsten Wedding Ring" so that when add more posts and ours gets bumped off of the first page we still have a link there. Thank you for your help I greatly appreciate it.

And, once more just for good measure . . . TUNGSTEN WEDDING RING!
Posted by Chris Rodell at 2:42 PM

you make a great point. it's ironic that while our wedding rings are becoming stronger, our actual marriages are weakening by the day. maybe the durability is for recycling? who knows.

You make a good salesman. Someone shoulg consider giving you a raise.

Thanks, Lexcade, for the comment and for not taking the time to brag about the Bengals win/Steelers loss.

I'm not the only Steeler fan in these here parts. Michelle's one, too.

As for the raise, Michelle, gee, I just wish somebody would give me a job!

And I like the idea of recycling wedding rings. Even ones tainted by divorce. There's gotta be some luck left in 'em.

Great point about the rings. As far as recycling divorced wedding rings...well, thats what I did. I didn't want the thing even in my house so I gave it to my sister. As far as I know she still wears it on occasion.

Way to go, Tia. I like the idea of recycling the rings. I hope your next ring brings you better luck. Same for your sis.