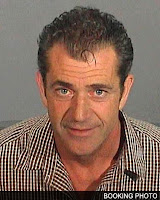 For the sake of society sanity, it’s time we had cars that got lit anytime our drivers did.

Because if one thing is clear after 30 years of high-profile wars on drugs and earnest mad mothers it is that people everywhere really adore drugs and drinking.

You can threaten people with public shame, enormous fines and even jail time and -- cheers! -- they’re still going to get drunk and drive.

And it happens in all walks of life, not just with scum of the earth lowlifes that I call my friends. It happens with powerful politicians, soccer moms, choir directors, school teachers and successful men and women with much to lose.

At some point in many otherwise productive and law-abiding lives, scores of people fail to find solace in religion, family or even hundreds of channels of hi-def diversion and say, to heck with it, “I’m going to Dizzyland!”

And more often than not, they drive to get there. Chances are better than even that you’ll be at a party in the next two weeks when someone you love or admire is going to have too much to drink and risk highway mayhem on the way home.

So far the inertia to curbing this kind of recklessness rests solely on the misguided “impairment starts with the first drink” crowd. They’re the ones who keep the pressure on our often hypocritically tipsy legislators to keep reducing the legal blood alcohol limits to miniscule levels.

Lower it from .08 to .04, or about two beers an evening, and it’s not going to make any difference. All it’s going to do is enrich scores of hack lawyers and make lives miserable for many of our friends and neighbors who are guilty of nothing more than driving while giddy.

So what we need is an alternative that will allow police officers and the public to recognize the problem drinkers and either arrest them or just get the hell out of their way.

Lit cars would do just that. Cars would need to be fitted with sensors that automatically detect just how much alcohol a driver has consumed. If a driver is being responsible, the car would appear normal.

But if the driver, say, has just lost a long beer chugging game of quarters, then the entire car would glow in an alarming shade of red.

This would be helpful on so many levels because the police can’t be everywhere at once. But if I were driving my family to church (see, I’m one of the good guys -- plus I never lose at quarters) and saw a glowing red Mustang barreling down the highway, I’d know to pull over to a safe distance and let the driver pass.

People who are comfortable with narcing on strangers could even call 911. But the roving alert would be sufficient to clear the road when a drunk approached. It would reduce to near zero the sad collateral damage inflicted by drunks who then may be in for a hard lesson when things like trees and telephone polls fail to take sensible precautions upon their approach.

Future technological tweaks could include other angry shades, say purple, that indicate when the driver was in a crabby mood and prone to road rage.

We’ve done all we can to try and keep people from getting too drunk. Once we clear this up we can turn our attention to saving the many people who go through life way too sober.
Posted by Chris Rodell at 12:15 PM

You know we could be like some of those countries who just shoot and kill any drunk driver they find. Bet that would stop a lot of problems right there. Erm, just sayin...
Jenni

Yes, there'd be a lot of support for that sort of lethal justice. Still, I like my solution. It would help if we could see them coming at us. Plus, it would make it easier on the police.

I'm always trying to offer innovation to the problems vexing humanity. Thanks for reading and Merry Christmas!