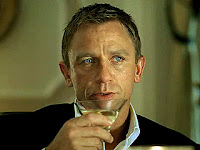 I’m convinced I could construct a built-to-scale Kiddieland sort of Gitmo with all the unused straws that have passed through my hands on their way to the godforsaken landfill.

I’ve never understood the custom of restaurants handing out scores of straws to able-bodied people with at least one working arm. Yet, guaranteed, sometime in the next day or so I’ll be eating out at a family restaurant and the overworked/undertipped waitress is going to bring me and my squad four drinks and four straws.

The first thing that’s going to happen, decorum be damned, is that both kids (and likely my wife, too) are going to peel one end off the wasteful little paper condom holding the straw and shoot the missile directly at my eyeballs.

Then, while gleefully chuckling at my girlish squeals, they will set the straws down on their placemats and pick up the drinks with their hands.

Once the girls outgrew their sippy cups, they had the sufficient motor skills to pick up a drink with only the occasional little spill. The girls may one day need training bras, but no child needs a bridge device between sippy and adult cups.

So that always gnaws at me, not to mention leaves me all twitchy whenever the waitress brings the drinks.

But that’s not the worst of it. That’ll happen when I’ll be in some tavern and order a soul-soothing Jack Daniel’s on ice.

I would never desecrate a Jack with Coke or some other soda. I drink my bourbon straight.

That means it defies logic that it would need stirring. Still, guaranteed, it’ll come with a little red straw. Sometimes two.

Heck, even the heathens who order mixed drinks understand that gravity alone can achieve a suitable mix between liquids. I stare cold-eyed around the bar at all those wasteful little straws and wish I had a license to kill like that renown environmentalist James Bond. He insisted his dry martini be, “Shaken, not stirred.” I can’t imagine a straw ever touching his lips.

And instead of stirring, I stew.

“What’s the deal with all the *&$#@ straws?” I fume. “The only thing more unnecessary than an adult drink with a straw is a mute button on the remotes down at the school for the deaf.”

I instigate so many crackpot crusades (vanity zip codes to reduce federal deficit, edible newspapers to save daily journalism, etc.) that I’m loath to launch another one.

That’s why I was happy to see a giant entertainment complex is taking the lead.

Singapore Airlines called me straight out the blue (get it?) and asked me to do a story for their inflight magazine about the world’s must-visit theme parks.

Of course, the opportunist in me was thrilled. This could lead to bigger gigs with this prestigious publication (doubtful). And the crabby malcontent in me was circumspect. With a December 23 deadline, this could disrupt my last minute holiday plans (a certainty).

Still, I couldn’t pass it up.

My internet research led me to Ocean Park in Hong Kong. It’s a wonderland of rides, marine and zoo exhibits and looks perfect for my editiorial needs. But that’s not what really got me revved up.

What did was a pop-up that said in English, “Come visit us on No Straw Mondays!” They see straws as disgraceful inadvertent litter and are phasing them out.

I was thrilled and momentarily thought about jumping on a carbon-devouring monster jet and zooming clear around the world just to thank them for their environmental sensitivity.

Further research -- I told you this would disrupt my holiday -- revealed Sea World in Orlando has banished straws altogether. I doubt the place is now stained with spills although, really, at Sea World how could anyone tell?

I feel a righteous fire to spread the anti-straw gospel. I hope you’ll join me in a movement to remove this ridiculous waste from our drinking landscape.

I know I can count on you because people like me and you are like James Bond in at least one respect: