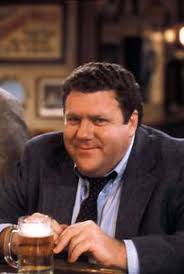 Every time I think the Tweet well has gone dry, a burst of fresh creativity — at least by my sketchy standards — prevails. See, I try to post only the best, ones I think would be worthy of inclusion some future “Crayons!” volume. It’s just one of the ways I’m unpresidential. And I’m fine with that. So’s he, I’m sure.

• Reports that many in America have come to accept mass shootings as the "new norm" have me wistfully missing the old Norm.

• We live in corrosive, often cruel times, but I'm grateful we don't live when the phrase, "There's more than one way to skin a cat," become part of the vernacular. I don't know of even one way to efficiently skin a cat.

• Given our rising levels of incivility coupled with our ever-decreasing intellects, the only thing we'll all agree on is sooner or later we're all with stupid.

• It was Robert Louis Stevenson who said, "There is no duty we so underrate as our duty to be happy." Clearly, RLS never spent a weekend in Athens, Ohio.

• Next week at this time I'll again commence for the next 12 days my quadrennial use of terms like sow cow and Triple Lutz.

• In honor of preposterous NFL Super Bowl custom, my phone number in Roman numerals is DCCXXIV CMLXI MMDLVIII. Call me!

• Martial Law is when a nation's military imposes its will on citizens. Marsha Law is when the oldest daughter on Brady Bunch imposes hers.

• The next great fortune to be made will fall to the man or woman who can divine a way to convert all these fidget spinners into actual energy.

• How ironic is it that New Hampshire felons must make license plates that read LIVE FREE OR DIE while imprisoned?

• I wonder if in New England right now sports talk hosts are patiently explaining to irate callers why the Patriots should not consider benching Brady and firing Belichick.

• The electrifying success of the Space X rocket ship is all the more amazing when you realize the ship is made entirely of discarded popsicle sticks.

• Super Bowl will be more interesting when fans from losing city are compelled to go to work for fans of the winners.

• I wish the world could do peace and justice as well as we do ceremony and spectacle. #Olympics2018

• I wonder if clever HVAC men ever entertain themselves at conduit installations by asking, "Tubey or not tubey?”

• I was born unaware, but immediately began paying attention and soon caring about the world and its people which means I've spent my entire life bewildered & devoutly wishing I'd just been born satisfied being stupid.

• I wonder if Biblical partisans complained about the blatant nepotism when God chose His only Son to be Savior.

• In America's tedious gun violence debate, the only thing that changes are the names on the tombstones.

• Any man who says he's his own worst critic is either delusional or unmarried.

• Your life will be more fun if you don't judge new friends on their virtues, but instead on their potential as compatible cellmates.

• Anytime you hear of anyone dying suddenly, it ought to reinforce the need to ALWAYS be living suddenly.

• I dreamt a charismatic bald man put his arm around me and whispered in my ear, "Come with me. You belong with us. Stop fighting your nature." I thought he was trying to change my sexual orientation. Then I woke up and realized I was dreaming about Curly and the Three Stooges.

• Daughter, 11, asked what I'd be doing today. Me: "Sitting all alone in a small still room screaming for attention." That's writing.

• I’m eager to find a website that archives audios of all mankind's greatest speeches, but said in the voice of Elmer Fudd. Yes, I have a dweam!

• If get to heaven before you, I promise to spend all my time stringing tacky party lights so heaven will feel more festive.

• It infuriates me when I realize I'm 55 and my idea of a really great day is one that involves me finding a quarter.

• Who’ll be the next player to enter the MLB Hall of Fame as a Pittsburgh Pirate and has he or she been born yet?

• My "Use All The Crayons!" talk last week at Greensburg Country Club was a raging success. Sold 28 books to 70 lovely ladies. Left with a bag full of money feeling like I'd robbed a bank. Please get in touch if you want me to speak to your group.

• The only thing that could make curling more oddly compelling is if were contested on a deep lake atop thin ice.

• Navajo Tribe tradition meant no child could be given a name until he or she enjoyed their first authentic burst of spontaneous laughter. Just dealt with a 50-something grocery clerk who, I swear if she were Navajo would be wearing a blank name tag.

• Grammarians rejoice! Due to unusual confluence of current events and Olympic punishments, this is the first time Russians can meddle, but not medal.

• If a diplomatic rooster tries to avert a cock fight is it fair to call him chicken?

• Avid spankers are the only people on earth whose ambition involves repeatedly hitting bottom.