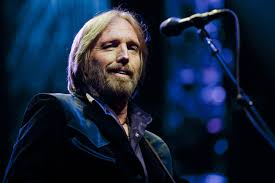 News that the great Tom Petty died from an accidental overdose closes the book for many who are satisfied that this answers all the relevant questions. Petty, 66, was self-medicating to alleviate chronic pain resulting from a broken hip.

So that’s that, right?

Wrong. I’m restless over what to me is the key unresolved question.

How did Tom Petty break a hip? I can’t find it anywhere.

What happened? Did he fall off a ladder? Slip on a spill in Aisle 6? For heaven’s sake, was Tom Petty out shoveling snow?

Each of those scenarios nearly befell me in recent years, scrapes that led me to after sticking the landing think, “Whew, that was close. I could have broken a hip. Oh, well. Better me than Tom Petty.”

At the time of his October 2 death, it was reported Petty was worth $95 million. He could have afforded a squad of guys whose round-the-clock job description was KEEP TOM PETTY FROM BREAKING A HIP!

I wonder if we’ll ever learn how it happened.

My Thanksgiving dinner prayer included all the graceful staples about lost loved ones, culinary blessings and that the Almighty would lend a holy hand on climate change since it was looking like we’d do nothing at all, but the conclusion was more personal.

“ … and please tell Tom Petty how much we miss him.”

I really do miss him. I’m normally immune to grieving over the deaths of men and women I’ve never met. I think it was different for so many of us with Petty. It felt like losing a brilliant friend. Someone we counted on for most of our lives was gone.

And it was all because of a broken hip. Such a shame.

I always thought Petty had plenty hip to spare.

Petty wants me to buy vinyl (& who’s better, him or Springsteen?)