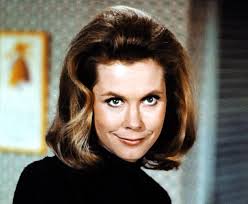 Follow my tweets @8Days2Amish! And there’s still time to donate to support the blog at … Chris Rodell, 874 Solomon Temple Rd., Latrobe, Pa. 15650. Or just click the PayPal (storyteller@chrisrodell.com) donate button. Remember, all donors, no matter the amount, will earn name recognition on the acknowledgements page of the new “Use All The Crayons! (deluxe edition) to be released this fall!

• I hope Trump's correct. That this is a witch hunt, but I hope the witch they find turns out to be her (above).

• Some men dream of riches. Some of solvency. Me, I dream of a day when I’ve vanquished caring in the least one way or the other.

• I’m going to be famous! I just taught Snickers how to sing/bark "I Want You To Want Me!" Yes! I taught an old dog Cheap Trick!

• Fart Joke II: A burp is just a fart that’s afraid of the dark.

• Can’t believe I'm 54, lived the life I've lived, been where I've been and I've not even once had to duck bullets fired in my direction.

• Where any of the apostles married and if yes what did they do at their bachelor parties?

• I’m crossing my fingers that I'll live to see the day when Power of Blogger has the same legal relevance as Power of Attorney.

• I enjoy asking waitress if she has chicken fingers & when she says yes saying, "You're too hard on yourself. They're ugly but they still appear human.”

• In support of Pens vs. Preds game tonight, I propose all area Italian restaurants dump meatballs in favor of meatpucks.

• Yeah, I pray for the end of war, famine, blah, blah, blah. So does that make up for praying for comedic reasons Trump picks Chachi for FBI?

• I’ll bet the Angels are heaven's home team and their record is like the Harlem Globetrotters vs. the Washington Generals.

• Just realized: I have more business cards from phony-baloney jobs than I did from actual jobs.

• At what point in the Mid East briefing Trump on difference between Sunni & Shia do you think they pulled out the puppets?

• The literalist in me was furious to visit the Air & Space Museum and see it has both walls and ceilings.

• Which is older: Earth or Sun? Trick question: Earth is 4.5 bil yrs old. Sun only 1 day old. Sun cannot have another day til it has a night.

• Friend turned 40 fears he's over the hill. Told him to fear not. Going downhill is always the most exhilarating part of the ride.

• I wonder how many times when other foreign leaders were talking Trump was thinking, "Man, I wish I were right now judging a beauty contest.”

• If Matthew 6:12 were rewritten to conform to our current tastes, it would read, "... give us this day our daily bacon.”

• There are evident flaws in the language when I can enjoy engrossing films, but disdain gross ones.

• Because they never not even once toured I propose we rename this heirloom band the Stationary Wilburys.