Which could you live without? TV or people? Survey says... 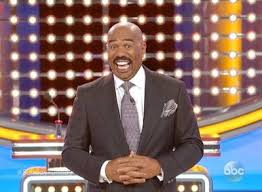 It could have been any of one thousand small talk conversations I’ve had with my senile 84-year-old mother as we putzed around town. I asked her what she did the night before.

Any plans for the rest of the day?

Her gushing affirmation made me decide to up the ante. I gave her what I thought was a softball question:

I guess I thought she’d immediately respond, oh, I couldn’t live without people, especially my family and you, my darling son, the one who sees to all my needs and brings so much warmth and joy to my days.

She actually paused and engaged in what for her was deep thought. I’d puzzled her. I wonder if in her dementia-addled mind she was thinking, “My son, Chris? Or Steve Harvey? Chris? Steve Harvey?”

Her consideration was long enough that it had the drama of a game show contestant playing chicken with the buzzer.

She finally said, “I need people in my life. I’d choose people over TV.”

I know if push came to shove, she’d take TV.

Her dementia is such that she still lives independently, but with daily assists and visits from either Val or me. Yesterday at lunch she couldn’t recall she’d just an hour before been with me to church, but in at least one way her mind is sharp.

She’d be lost without TV and basic cable.

Be honest, at some point today someone you know is going to do or post on social media something that is going to make you absolutely hate people. And at some other point today you’re going to find yourself looking forward to watching something on TV.

I choose that obscure date after a conversation with a friend who was sharing with me his morning tread mill viewing habits. He said he watches the local news for sports and weather, maybe some stock updates.

“I used to do that, but it was too upsetting. Now, I make sure I start every day off with a little visit to Mayberry.”

Ah, yes, “The Andy Griffith Show.” One of my all-time favorites. The offbeat characters are warm, engaging and in the end accepting of one another’s human short-comings.

I know, it’s so unrealistic.

Who do you know who’s as kind and wise as Sheriff Taylor? He’s a real uplifting role model.

And when the scary headlines of each mounting hour come crashing into your brain, he’s right there on your DVR.

Just in the past few days, we enjoyed watching the “Walking Dead” season premier, “SNL,” “black-ish,” “Gravity Falls,” and various movies and sporting events. None of it was upsetting to my sunny disposition — and “Walking Dead” is about the zombie apocalypse!

Compare that to our daily dealings with our fellow man. Surly shoppers at the grocery store, rampant road ragers on the way home. Worse, the institutions designed to bring us together are tearing us apart. I’m looking right at you, Facebook.

Extended families offer little respite. They’re God’s way of proving we’re incapable of helping even the ones we love the very most.

Our oldest daughter has previously said she one day hopes to have a big family.

“What you really mean,” I corrected, “is you want to select who’s in your family.”

It’s a no-brainer — and please don’t take that as a subtle shot at beloved dementia patients.

TV is getting better and better while people are behaving worse and worse. That makes TV superior to people.

It’ll be like that until changing minds is as easy as changing channels.

“Breaking Bad” vs. “Sopranos:” and the winner is …