How much living in 54 years? 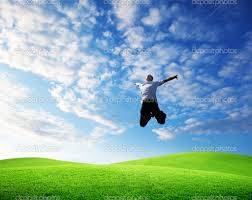 It was toward the end of the family birthday festivities when Josie, 16, observed that, man, 54, is getting up there.

Understand, she wasn’t being at all snarky or mean. She’s not that kind of kid.

I think it was more a reflection on mortality and the realization the number of years I have ahead of me are fewer than the number I have behind.

I thought about her comment and brought it up the next morning as I was driving her to school.

Years are convenient, but poor ways to gauge life.

It’s why I told my wife on our 20th anniversary it felt more like 40 years. Do not mistake that for a slam. Not at all. Our situations have bestowed us with more togetherness than many busy working couples can justify.

We share common interests and enjoy being together — just us or with the kids. For many, many years we had lunch together every day and dinner most nights.

You can be married for 50 years but only be together for five.

My own parents for example were married, I think, for about 18 years, about half of them during the four years before Dad died when they were together a good bit and seemed to enjoy one another. Once they became empty nesters, they began sleeping in separate beds.

I sleep slammed up against Val all night, the sole exception being nights when our rat-like yip dog burrows in between us and leaves me sleeplessly fearful this’ll be the night he decides he wants to begin nibbling on my nuts.

As for being a Dad, geez, the only time I’m not there being their father is when they’re in school. We’re together all the time.

It’d be impossible to underestimate the years I’ve logged being buddies with so many friends on golf courses, in saloons and at ballgames. The memory catalogues are thick as old big city phone books.

I’m at an age when many friends are contemplating retiring. And there in lies the rub.

It’s been unintentional, for sure. Who in their right mind would plan for their entire career to be one long sabbatical? It's utterly preposterous.

I feel in many ways like an intern with a promising future. Put me in coach.

It’s like if Roger Goodell suspended Tom Brady for four regular season games so the QB’s body would be rested and his vital game reactions wouldn’t peak until the 4th quarter of the Super Bowl.

Not that that would ever happen.

The only problem with feeling like a 54-year-old intern is if the failures continue to crest, there’s a very real chance I could wind up back living on the couch with Mom and, boy, will this blog take a dark turn if that ever happens.

So, you see, time is elastic and measuring your life in brute years is pure folly.

Really, the only time years are an accurate unit of life’s measure is when you’ve been convicted of a felony and the judge sentences you to a bunch of them without parole.

Fear instead the death-bed realization that you never really lived.

Insinuate yourself into enough hearts and you won’t just live to be 100.