Honked off about Egyptian nose jobs 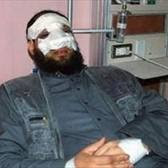 I’m feeling optimistic about budding Egyptian democracy after reading that a member of parliament resigned in shame after it was revealed he’d gotten a nose job.

I hope you read that carefully.

And nose job means the same thing in Egypt as nose job means here in America, although I’m sure if you troll the internet you can find adults-only pictures of American nose jobs that don’t involve rhinoplasty.

Anwar al-Balkimy felt forced to resign after his vanity was revealed. He’d initially said the bandages covering up his healing honker were from an attack by thugs.

It’s said in American politics the cover-up is always worse than the scandal. It may be the reverse in ultra-conservative Egypt where Islamists condemn plastic surgery as tampering with God’s creation.

They shun cosmetic surgery and all the oily contrivances of appearance we so value in our American leaders and entertainers. Apparently, it’s not like that in Egypt.

When people in Egypt want to see an ageless face incapable of natural expression, they turn to the ancient Sphinx.

We Americans look to Joan Rivers.

I’m ultra-conservative in my opinion of most plastic surgery, too. I believe there’s way too much of it.

I was disappointed at being unable to find a before-and-after profile of the now disgraced al-Balkimy.

I was eager to see the nose that was so offensive that he’d risk his career and national scorn to be rid of it. It must have been a real whopper.

We grew up with a kid we called Tommy Hoagie Nose. He had the biggest nose I’ve ever seen. It was so big neighborhood dogs used to congregate beneath it in the summer to enjoy the shade. If he turned his head against the breeze on a gusty day and began nodding, the cavernous nostrils would whistle “Dixie.”

Understand, we didn’t call him Hoagie Nose to be mean. We did it so everyone knew we weren’t talking about Cross-Eyed Tommy or Tommy the Booger Eater.

Looking back, I can see how it might have led to hurt feelings. Of course, none of that would have happened if any of the Tommy parents had been a little more creative in naming their sons.

All this judgmental talk about how people look could lead folks to conclude I’m The Ugly American.

That’s the title of a 1958 bestseller co-written by Eugene Burdick and William Lederer about American arrogance and the failure to understand a foreign culture.

If I’m the Ugly American, I’m likely the last one.

We as a people are becoming far too pretty. Perfection has become homogenized, true beauty cheapened.

So I salute the Egyptian attitude that seems to be placing wisdom and integrity above superficial looks.

But what do I know? Who am I to be making culturally insensitive remarks about a people and a religion of which I have little understanding?

Maybe one day I’ll learn to just keep quiet instead of just shooting my mouth off whenever a thought starts drifting up from the swampy parts of my mind.

I guess that’s what you can expect from a guy all the neighborhood kids used to call Idiot Chris. I heard that throughout my childhood.

The nickname always seemed kind of stupid to me.

Why would I have even needed a nickname when I was the only Chris for miles around?