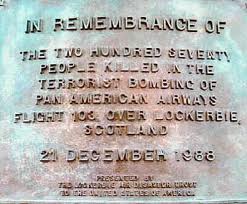 I do not consider myself the bloodthirsty sort, but when CNN broadcasts angry mobs executing Col. Muammar Gaddafi I’ll TiVo the kill.
Like I do with favorite sporting moments, I’ll likely watch it a bunch the first few weeks, then maybe once a month, then maybe once a year on the anniversary.
It’s something I may savor with a glass of cabernet.
He was the first contemporary tyrant I ever hated and you never forget your first.
He was always in the headlines for horrific and bloody mayhem when I was a young newspaper reporter in Nashville and Greensburg, Pennsylvania.
To me, he is a Founding Father of state-sponsored terrorism. His money and menace were behind the 1972 Olympic killings and a string of deadly bombings throughout Europe in the 1980s. His bombs blew up discotheques, and machine guns paid for with his oil money slaughtered dozens waiting to board airline flights in Rome and Vienna.
He was an avid supporter of Iran when it held American’s hostage and later when it went to war with Iraq when Saddam Hussein was a key Middle East ally of ours -- and my how times change.
Ronald Reagan tried and failed to kill him with bombing raids in 1986, strikes that killed 45, including Gaddafi’s adopted daughter, but did nothing to deter him.
Then he and his henchmen were behind the Dec. 21, 1988, bombing of Pan Am flight 103 when it was 31,000 feet over Lockerbie, Scotland. The explosion killed 259 crew and passengers and 11 village residents upon whom the thousand pound chunks of debris without warning rained.
Two of the victims were local girls, Elyse Saraceni and Beth Johnson from  Greensburg’s Seton Hill College. The pair were returning from Europe to spend Christmas home with their families. I contributed coverage of the funerals and local outrage over the killings that remains unavenged.
The recollection of those poignant holiday losses still galls.
His body count may or may not be as high as Osama bin Laden’s, but his deadly aspirations have always been the same.
That’s why I’ve been mystified by the change in Gaddafi’s stature over the last 10 years.
Admittedly, much about U.S. foreign policy mystified me over the last 10 years, but I’ve been most surprised about the shift in attitude toward Gaddafi by the people I count on to know better.
It was summarized thusly by David Blair, diplomatic editor of the prestigious Daily Telegraph in London. Here’s what he wrote in 2009:
"In his four decades as Libya's 'Brother Leader', Colonel Muammar Gaddafi has gone from being the epitome of revolutionary chic to an eccentric statesman with entirely benign relations with the West.”
Revolutionary chic? Eccentric statesman?
Now, I’m not versed in the deft, polite ways of diplomatic conversation, but WTF?
This is not some colorful and benign leader with quaint and idiosyncratic ways. This is a homicidal madman.
The revolution in Egypt was a euphoric triumph. What’s happening in Libya is compelling for more base reasons.
There will be no apologies, no trial, no exile to some cushy Mediterranean splendor.
This ending is preordained.
We’re witnessing the fruits of four decades of bloody repression ripen in real time. We have the opportunity to watch every step as determined mobs advance to an inevitable end that will make squeamish diplomats turn away.
Gaddafi’s vowed to fight to his last drop of blood.
It’s the one public utterance he’s made I wholeheartedly endorse.
Hope you like hell, you son of a bitch. There's a seat saved for you.
Posted by Chris Rodell at 10:01 AM