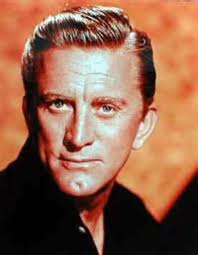 It’s been two nights and I’m still startled awake by nightmares that 94-year-old Kirk Douglas is in my room trying to present me an award for best supporting blogger.
That was the Oscars that was supposed to appeal to a youthful audience?
Producers must assume everyone born after 1980 are morons who can be pandered to by pretty young hosts who chirp “Twitter!” “FaceBook!” and “App!” every seven minutes.
I don’t know why we expect so much from an Oscar telecast when the only industry more historically disappointing than the movie industry is the one that makes ugly gas guzzlers in Detroit.
I have a lot to say about the issues raised by the Oscars, in particular, the age issue. I’m itching to talk about it because for the next few months I’m perfectly middle-aged.
I just turned 48 and my late grandfather lived to be 97. By that narrow calculus, I’m right at the peak of middle-agedness, so I’m perfectly neutral in regards to bashing both the too young and the too old. I need to seize the opportunity while it remains ripe.
But, of course, I can’t do all that now, not while I’m trying to keep up with every Charlie Sheen interview. So here’s another hybrid blog/twitter post -- and shouldn’t use of those two words get me trending with 20-somethings?
For those keeping score, I haven’t done one of these lazy hybrids since December 16. And I don’t know why I feel the need to defend laziness, something I often celebrate here and whenever I succumb to its sedentary temptations.
• Truly, Kirk Douglas’s appearance was scarier than some of theatrical entries in the the special effects categories. Having him present might have worked if they’d have put him in some context to show the kiddies what a great actor and dashing gent he once was. But having him out there in his condition was a mistake. It looks like he underwent some sort of nonagenarian plastic surgery, which ought to dissuade other nonagenarians from seeking the procedure.
• A nonagenarian is a person between 90 and 100 years old. I had to look it up.
• James Franco was a bore, but Anne Hathaway did nothing to diminish my love for her. In fact, if I were producing the Oscars next year, I’d rehire her and tell her to spend the entire three hours looking soulfully into the camera while the winners were announced on the crawl below her angelic face.
• Part of me is hoping Charlie Sheen can truly heal himself. Addiction is a very serious problem and Sheen seems to have most of the ones I’d have if I were him. But treating addiction has become too big an industry that seems to encourage addiction.
• I’d rather hear what Keith Richards has to say on Charlie Sheen’s addiction than Dr. Drew.
• Interested in seeing my recent msnbc.com story on great city slogans and why they work? Check it out right here.
• Know of any good blogs or want to recommend your own? Please forward the address and I’ll post here with the others. Don’t be shy. Only rule is you need to post at least once a week or it ain’t really blogging.
Here’s a handful of recent tweets  . . .
• How come Col. Muammar Khadafi has been Libya's absolute ruler for 41 years and has never been promoted? Maybe he's a humble tyrant.
• Just learned the people of Yuma, AZ, refer to themselves as Yumans. I plan to enter a 5K there so I can say I've joined the Yuman Race.
• My most irrational fear of aging is that one day people younger than me will have children older than me.
• Can anyone as habitually truant as I was ever be considered truly "old school?"
• The word for lies that resist fact and endure for mythological lengths ought to be "durabull." For example: "Fox provides durabull news."
• The next step in smart phone evolution is to include hardware like blades, scissors, etc. Yes, it's time for the Swiss Army Knife Phone.
• He was a great man, but does JP II really deserve sainthood? What'd he do besides act really popey?
• How come bread sticks don't grow on bread trees?
• Just met a man who on this chilly morning was wearing a musical bellows. He was dressed accordioningly.
Gotta run. I haven’t checked in an hour, but I think Charlie Sheen’s about to be interviewed again. Just for fun, I think I’m going to tune into the Cooking Network and watch until he appears. Shouldn’t be too long.
Posted by Chris Rodell at 3:59 PM