Pittsburgh, City of Champions, will win 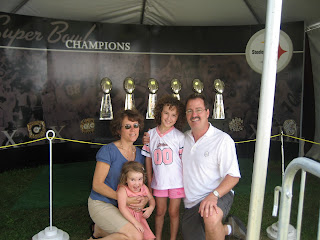 Sometime soon the NFL will demonstrate its commitment to competitive equality by forcing the Rooney family to sell the Pittsburgh Steelers to Pirate owner Bob Nutting.
I think that’s what it’ll take to level the playing field that has now for four decades been dominated by the Black ‘n’ Gold.
Today will be the eighth Super Bowl involving the Steelers in the 45 years they’ve been playing the game. The Steelers are 6-1 prior to today’s kickoff.
During that same time, the city has won two World Series championships (pre-Bob Nutting’s involvement) and three NHL Stanley Cups.
That’s afforded perpetually immature men like me 13 opportunities to defect from reality and pretend we have a vested interest in the home team success.
It’s surreal.
No other city even comes close. The only cities with comparable achievements (Los Angeles, 13; Boston, 12; and New York, 12) are disqualified because each of their championship tallies are tainted by departed franchises (New York Giants, 3) and victories in professional basketball, which I don’t consider a sport.
Every other sport requires athletic ability. All you need to succeed in basketball is freakish height.
Sure, the sport involves some good athletes, but if you or I woke up tomorrow and had a growth spurt that left us 7-foot-8 inches tall, guaranteed, some NBA team would make us instant millionaires. Why? Simply because we’re tall.
So, sorry, LA with your 11 Laker Championships, get in line.
Too bad, Boston. Your six Celtic rings might as well be Crackerjacks toys.
And no will dispute that the most important morale boosting victory any city can enjoy is the Super Bowl.
Right or wrong, it is the big enchilada.
Only two teams have won five (no teams have won four). Four teams have never even won one.
Pittsburgh tonight is contending for its seventh.
And it expects to win.
The police are feeding the riot horses extra oats for tonight’s bus-tipping revelry and Pittsburgh City Schools have already announced a two-hour delay to Monday’s school start to allow staff and students the chance to sleep it off
When the schools did this in 2009, national commentators howled this set a terrible example for hungover Pittsburgh students and showed just how out of touch the city is from conventional priorities, as if pandering to the sports obsessed in America could ever backfire.
I thought it was brilliant and suspect we’ve already seen a stealthy influx of families who’ve moved their children to Pittsburgh just so they could sufficiently recover from future Super Bowl victories.
I call them Steeler sleeper cells.
Of course, this Pittsburgh run could end at any minute. For years, we’ve said, gee, this could be the last one.
I no longer think so. The key pieces to this run will remain in place for at least the next five years.
In that time, we could have twice the number of Super Bowl victories as the second most accomplished teams.
Today, Pittsburgh gets a leg up on that ascension and they’re going to do it in convincing fashion.
Pittsburgh 37, Green Bay 10.
Tweet of the week @8days2amish: “Astronaut Mark Kelly decides to leave wife Gabby Giffords' side to fly Space Shuttle. It’s understandable. Married men need their space.”
Posted by Chris Rodell at 11:09 AM

Please, please, don't cry - it doesn't become grown men. Just go off and have a good beer, or maybe several. (Isn't that termed 'crying in your cups' though?)

Two years ago Seattle lost to the Steelers and did so with the help of the refs; I lost a smoked salmon to my Pittsburgh relative. I know it's very small of me, but I did feel just a wee bit vindicated watching the Packers trounce the Steelers today.

Sorry for my less than stellar sportsmanship; I think I'll be better now....

I think it was Yosemite Sam who said, "Ratzen-fratzen-packaloober . . ."

I can understand your feelings, Emma, being a Seahawk fan. I'm sure that was a difficult loss.

Losing isn't fun, but I am happy for the Packers, their fans, and Aaron Rogers. It's a classy team and a deserving town.

Thanks for checking in. I'll be all right. I'll soon be seeing a bunch of people who are feeling worse than me.

I'm sorry. But as you say, it's nice to see Aaron Rogers get a new set of wheels.

Thanks, Averil. We'll muddle through. I'm glad they made it this far. It really helps pull you through winter.

And I guess they can use that kind of boost in Wisconsin.

And, yeah, go Aaron Rogers. I was very happy for him.