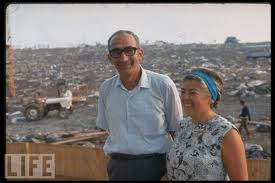 The men at the bar cast eager eyes at me as I walked through the door. I imagine it must have been a look monumentals like Gen. George Washington, Pericles and Moses felt in slightly more trying circumstances.
These men needed an answer. And they looked to me to provide it.
It took me about two minutes before I shattered the tension and announced with cool confidence.
“Max Yasgur.”
They needed to know the name of the Bethel, N.Y., farmer who owned the land where the 1969 Woodstock festival was held.
I felt a cerebral surge of pride. It was particularly gratifying because I had the answer to that and every question right in my pocket.
I finally bought a low-end iPhone, a G3 for just $45. It is the most amazing device I’ve ever seen or conjured.
And I fear my smart phone will make me stupid.
That’s why my recollection of the late Yasgur was so satisfying.
Understand, in this great neighborhood bar there used to be a chalk board where the owner posted scintillating sports trivia questions. We spent hour after joyful hour challenging our intellects.
Then the stupid smart phone ruined it all. Our friend Dave stopped posing questions about six months ago when mental defectives started googling the answers before the rest of us had a real go at it.
With the answer to every question so easily accessible, why bother storing any information in our cranial warehouses?
My old phone was so decrepit we were unable to transfer the phone numbers to the new one. I had to do it manually.
Of the 77 contacts I figure I really “know” just five phone numbers. Just five numbers I could recall in a panic situation.

Ours will be the last generation to remember actual phone numbers and the only one we'll all remember is 867-5309.
Does that number ring a bell? Hell, does your phone even ring a bell? Probably not.
Now, the digital tsunami even has me feeling nostalgic for old phone numbers.
I still remember the euphoria of slyly persuading an inebriated innocent to give me her number. The fact that it usually turned out to be a fake number did not diminish the heady jubilation.
Exchanging phone numbers was the first essential step in the tumultuous and exciting process that -- cross your fingers -- would lead to other, more vital exchanges.
Now, we give a person our names and within seconds they know everything there is to know about us.
Maybe I’m becoming more sensitive to the mass degradation of our brains because I’m dealing with a mother, 78, who, like many seniors, has self-diagnosed Alzheimer’s. She convinced herself the dreaded disease is stealing her faculties.
She watches a lot of TV and has also self-diagnosed fibromyalgia, mesothelioma and chronic fatigue syndrome. My thin patience will vaporize the instant Mom says she fears she might have erectile dysfunction.
As for the Alzheimer’s, it’s nonsense. She’s seen two physicians -- I was there for one of them -- who assured her their tests and observations reveal there’s nothing wrong with her.
They said she shouldn’t stress over forgetting minor things and suggest she might want to consider brain exercises like crosswords to help keep her sharp.
I suggest she just mutes the commercials anytime she sees an ad featuring a doctor, a lawyer or any elderly couple who appear on the verge of a romantic interlude.
She remains a vivacious and engaging woman and last night we chatted about how great it would be if, like Dad seven years ago, she just toppled over on the couch one day and was dead before hitting the floor.
She doesn’t fear death. She fears losing her mind.
I fear with my precious new smart phone I’m just giving mine away.
It’s something to think about.
Posted by Chris Rodell at 2:02 PM

Oh, Tommy Tutone. That takes me back. *sigh* And I didn't even have to google it.

Jeni, of course (even if I'm not spelling it correctly, which I might not be, which should somewhat prove I haven't looked it up someplace.)

I couldn't have come up with Tommy Tutone, though. Wow.

Alas, I had to google it. That was a heckuva catchy song, wasn't it. Really, those numbers will resonate forever.

Thanks for checking in, guys. Have a great day!