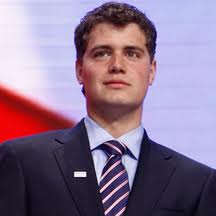 It says something about the state of the nation that more Americans are fearful of bedbugs than they are of Osama bin Laden.
I’ll bet if given a choice the majority of adults would rather eliminate bedbugs than bin Laden.
Not me. In my dreams, I’d like to see a group of our brave soldiers capture him alive and turn him over to Dick Cheney. I loathe Cheney and everything he represents, but I can’t think of a better misanthrope to deal with the terrorist who is still the world’s most wanted man.
Alas, It’s looking more and more likely bin Laden will die of old age than at the hands of American justice. That’s infuriating.
There’s just no news about him. The ninth anniversary of 9/11 is just nine days away and he’s becoming more and more of a memory.
I still remember all the dead-or-alive promises President Bush made while standing on the still smoldering rubble of the World Trade Center. I believed him.
Who would have imagined that after all the trillions of dollars and all the bullets and bombs that he’d still be free?
It’s unbelievable.
Of course, so is the news that bedbugs are everywhere.
I guess the best I can hope for now is that bin Laden’s someplace lousy with bedbugs, but that could be any number of four-star New York hotels.
They’re everywhere. And the fact that we were all raised on that nimble little nursery rhyme makes them all the more menacing.
I guess if I had to use just one word to describe the mood of the nation right now it would be “itchy.”
Bedbugs are driving everyone nuts -- even those of us who live where none have been sited. It’s just that time of year when everything will stick you, sting you or stab you, to paraphrase Rooster Cogburn.
I’ve never looked forward to putting a summer behind me more than this one. It’s just been miserable. There was the oil spill, joblessness, Biblical flooding and now bedbugs.
I know we’re taught to believe everything serves a purpose in nature, although for the life of me I can’t figure what it is for bedbugs and people like Levi Johnston.
How would we be worse off if every malaria-ridden mosquito or blood-sucking bedbug simply vanished overnight?
That seems to be happening with bees and that’s alarming. Bees, I understand, pollinate the planet. We need them.
Yet, they’re disappearing at a confounding rate even as the bedbug population explodes.
Problem: Too few bees, too many bedbugs. Solution: find a way to turn bedbugs into bees.
Potential nightmare glitch: bedbees.
I posted that little equation on Facebook and was electrified by the response.
One former student of mine suggested I dash off a screenplay for a 3D movie -- “Bedbees!” -- that would take off along the lines of “Piranha!”
Brilliant! I told Andy he’s either a genius or was recently taught by one.
Eric suggested the movie could open with a Jaws-like sequence where a lovely and topless woman fell on a bed after a night of drunken revelry and was set upon by a matress of deadly bedbees.
The idea’s taken hold and now I may just spend the rest of the afternoon dreaming up scenarios for the screenplay of “Bedbees!”
This is one creative itch I simply must scratch.
Posted by Chris Rodell at 11:57 AM

My 10 year old says that would be a "cool movie!" Of course, he also keeps trying to get me to take him to see Piranas and I just don't see that happening. :)

Yay for your 10-year-old. Really, that might be fun to pursue. Thanks for the feedback, Tia, and have a great holiday weekend!