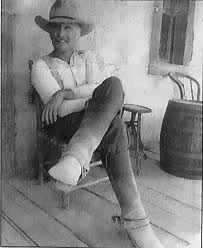 I realized I had a problem with excessive leisure when on Tuesday afternoons I’d start concluding all my e-mails with, “And have a great weekend!”
Tuesday around 4 p.m. seemed to me to herald the start of the weekend.
I guess it was because Tuesday mornings were really productive. Mondays were not. Wednesdays I’d kind of wind down from that whirlwind of Tuesday activity. Thursdays we’d golf and Fridays, well, who the hell works on Fridays?
There have been times when I’ve been really busy. There hasn’t been one of those since 2007.
I remember hearing someone expounding about their workload and an endless string of 18-hour days.
I said, man, I don’t think I’ve worked 18 hours this year.
It was March.
One of my favorite one-panel cartoons -- I think it was Bizarro and it sounds like Bizarro -- is where a sidewalk bum says to a passing business gent, “Here I’ve got all this time and no money and you’ve got all that money and no time.”
I’m that bum only with spiffy Tommy Bahama shirts and a better haircut.
Really, who would argue I’m not better off being so magnificently underemployed?
Our daughters (almost 10 and 4) are precocious delights right now. My golf game is improving, we enjoy time with family and friends. Life is great.
Just one problem.
Care to take a wild guess what that is?
Yes, it’s no money.
I look back at the last three years and am astounded I’ve been able to skate along on the thin ice that is what for lack of a better word I call my career.
I’ve done some teaching, written carefree features for various publications and systematically been wiping out what was left of my paltry life savings to pay for things like golf, Steeler tickets, sushi and fifths of fine bourbon whisky.
I still do enough travel features for credible publications I’m still showered with invitations to fancy resorts. So the time of my impoverished leisure coincides with opportunities to travel for free to some of the world’s most glamorous destinations.
I recently read Larry McMurtry’s biography, “Literary Life: A Second Memoir.” In it he says every time he visits a fortune teller, and he says he frequently does, the seers always tell him the same thing: you’ll never be rich and you’ll never be poor.
I don’t believe it for a minute, but it’s such a colorful lie I’m thinking of thieving it for myself.
Really, it applies more to me than the author of one of my favorite books, the Pulitzer Prize-winning “Lonesome Dove.” He’s certainly rich by any writer’s standard.
I mention all this glorious leisure because I’m rubbing my aching muscles from what may have been the hardest I’ve worked all year and it happened on Labor Day.
I trimmed and mowed the lawn, chopped wood, sanded four chairs my wife wants to refinish, made a half-assed doggie gate for the new pup, and assembled from scratch an enormous trampoline for the kids (Day 1 tramp tally: four hours of fun, one split lip, one bruised forehead, and about 28 combined tears from pain and trampoline tantrums).
I have four book proposals that are getting interest and I’m optimistic one or more will soon bear fruit. I don’t consider any of my writing labor. Right now, it’s a kind of like a hobby, like butterfly collecting.
Who knows? Maybe one of the books will be successful and I’ll be drawn into a world of literary activity.
But for now my life on this day after Labor Day, about six hours from the launch of my weekend, reminds me of an automotive analogy. I’m barreling down a winding interstate with the accelerator floored, the gas gauge hard on “E.”
It’s scary, but there’s an undeniable exhilaration.
I’m hopeful one day I’ll become a conventional success with stable income, a vast readership and lavish literary perks.
And I’m reasonably certain if that day ever comes, I’ll look with satisfaction at all I’ve gained after so many lean years.
Then I’ll think back in wistful melancholy at all I’ve lost.
Posted by Chris Rodell at 3:07 PM

Sorry to hear you had to work so hard on "Labor Day". I didn't have that mis-fortune because I'm still recovering from a broken leg and hip.

On a side note: Your writing reminds me of my favorite Non-Fiction writer, one Bill Bryson. Are you familiar with any of his work? Some of it is for folks like you who attempt to write for a living.
I was hooked after reading "A Walk In The Woods".

That's the kind of compliment, Max, that convinces me to take the rest of the day off and go golfing.

How kind of you. I, too, love Bryson and the same book got me hooked. It's great. If you like him, I urge you to try Tony Horwitz. Either "Blue Horizons" or "Confederates in the Attic," for starters. You'll love him.

Sorry about your accident! How awful! Best wishes for a speedy recovery. Thanks again for the compliment. That one means a lot.

I'm well on the way to recovery.. Accident was on May 9th, spent a month in St Cloud Hospital - another month recovering and have been walking and back to work for several weeks. No golf yet - hopefully before the flakes fly.

Thanks for the suggestion, I will be checking those out.