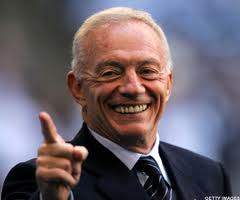 Prediction: in five years someone is going to offer you a cushy seat to an NFL game for just $25 and you still won’t go. Neither will the diehards who paint their faces and torsos in team colors to depict their fanaticism.
In five years, it will be impossible for the most powerful enterprise in all professional sports to give away tickets to attend games in their state-of-the-art tax-payer financed stadiums.
I know this because I am one of the most privileged people in all American fandom: I am a Pittsburgh Steelers season ticket holder.
Have been for 20 years. My father held the tickets for 40 years before that. When he died, it was understood he’d hand the tickets down to me in a way other parents hand down deeds to lakeside cottages and heirloom strings of pearls.
That’s how valuable these tickets were.
But in the last 10 years, we’ve all enjoyed a technological advance that’s rendered attending a game meaningless.
It’s the high-def big screen TV.
What was once unthinkable has become fact: people would rather watch the games on TV than attend them in person.
Who can blame them?
There’s no traffic, no miserable weather, no lines at the bathroom and the only way you’re likely to encounter a vomiting drunk is if you’re reckless with the jello shots.
I have here on my desk four tickets to Sunday’s home opener against the Atlanta Falcons. Three days before kickoff and I can’t find a buyer for the four $81 seats in section 507, row JJ.
I’ve called all the people who always say, hey, lemme know if you ever get spare tickets. I’ve sent out word in my bar full of sports nuts.
I’ve received no offers, only lame excuses.
Now, I must face the unthinkable. I might actually have to attend the game myself.
Understand, I’ve been to over 250 professional football games in my life. I’ve been going since I was 7 and have seen and done everything there is to do at an NFL game.
In fact, by many standards I could be considered one of the NFL’s most loyal fans.
Know how they reward that devotion? They screw me every chance they get.
When Pittsburgh opened the new Heinz Field in 2000, they made me and every other season ticket holder shell out for Personal Seat Licenses that line the pockets of owners that hold cities hostage with their franchises.
They’ve steadily raised my ticket prices from $46 in 2000 to $81 this year.
They charge me $7.50 for a glass of warm beer.
For TV purposes, they hold games on Thursdays nights and holidays when people want to be home with their families.
They make me pay full price for two meaningless pre-season games.
But now the tables are turning. One of the big stories of this year will be empty seats at these palatial stadiums. It’s happening already.
People are staying home in droves and guys like me, the canaries in the mines, understand there is a significant problem. If I can’t find a buyer for my opening day seats then the league is in trouble.
And this is when the weather will be mild and enthusiasm high. Guaranteed, if the forecast had been for 22 degrees and slushy December snows and the Steelers were out of playoff contention, I wouldn’t be able to sell my tickets for less than half face value.
But what makes my prediction so salient is the NFL is about to commit one of the most egregious self-inflicted wounds in sports history. Owners are about to lock out the players in the hopes of getting a larger share of the revenue pie.
Yes, during a down economy in a sport where rookies earn $50 million signing bonuses and owners revel in $1 billion stadiums, they’re going to tell their fans, sorry, it’s not enough.
And they’re tinkering with the integrity of the already injury-riddled sport by lengthening the seasons by two games to 18.
So, mark my words, we are about to witness the unthinkable: The mighty NFL is on the verge of an historic tumble.
Me, I lifelong fan, will still be cheering. Only instead of yelling, “Go Steelers!” as I have my whole life, I’ll be yelling, “Go Screw Yourselves!”
Because there won’t be anyone left to screw in the stadiums.
Posted by Chris Rodell at 12:53 PM