We need a Steroid User Hall of Fame 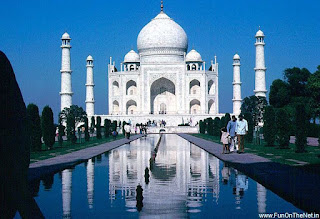 The news that Roger Clemens is being indicted for perjury in a steroid investigation set off another round of hand-wringing among baseball’s ivory tower purists.
You know the ones. They engage in tedious discussions about who does or does not belong in the Major League Baseball Hall of Fame in Cooperstown, N.Y.
Gatekeepers, mostly professional sportswriters, feel honor bound to keep it free from taint. They won’t vote all-time hit king Pete Rose in for gambling and have shown a stout aversion to keeping out greats like Mark McGwire, Barry Bonds and now Roger Clemens. There’s no chance any of them will ever be deemed hall worthy.
This is perfectly understandable. It’s outrageous to me that the great and dignified Hank Aaron’s home run record is now second to a sullen cheater like Bonds. And I like baseball nut/historian/documentarian Ken Burns’s suggestion that Rose should  not be admitted until the day after he dies.
This solution would serve the dual benefits of denying Rose the chance to gloat for even one day and it would save the rest of us from having to see his awful haircut ever again.
But a big part of me feels the achievements of the steroid cheaters should be celebrated.
I was there for all of it. My most rabid baseball fandom occurred during what is being called The Steroid Era, or might I suggest, The Steroid Error.
Because everyone -- the players, the owners, the unions, the fans, the broadcasters -- we were all complicit.
As one popular promo from the times said, “Chicks dig the long ball.”
So did the rest of us.
I leapt to my feet when McGwire hit no. 62. I loved watching him and the now pale-skinned Sammy Sosa slug it out. I was awed as guys like light-hitting Brady Anderson went from 16 homers in 1995 to 50 the next year and back to 18 in 1997. And watching Bonds demolish long-standing home run records was impressive.
These accomplishments, however tainted, should be memorialized.
That’s why baseball needs a Steroid User Hall of Fame.
The Cooperstown hall is a Colonial brick structure with few architectural flourishes
The Steroid User HOF in, of course, Las Vegas, needs to make the Taj Mahal look like a Holiday Inn Express. The facade will be done in cheap stucco to mimic the acne-ravaged skin symptomatic of long-time steroid users.
Like the juiced players it will be built to honor, it should be massive and tasteless and devoid of any presumption of adherence to local building codes.
Enter at your own risk, because the Steroid User HOF will be structurally unsound.
The baseball hall of fame has plaques featuring bas relief faces of the players above straight forward recitations of their on-field accomplishments.
The Steroid User HOF will borrow a page from the NFL Hall of Fame in Canton, Ohio, where neck-up busts of the players line the halls.
But the Steroid User HOF will go one better, or two, actually.
Each honored player will have two statues, one from his rookie year and one from the day of his indictment or other infamy.
Imagine the picture taking opportunities besides the Bonds rookie and the Bonds retired/indicted statue. Human growth hormones made Bonds’s hat size leap from 7 1/8 to 7 1/2, an increase of one inch in circumference to his shaved head.
The Vegas hall could include a wing for miscreant ball players like Rose and others who excelled while battling gambling, booze or sex addictions. Determining these players is still a highlight of our early summer games when the All-Star ballots are passed around the ballparks.
While other fans select all stars based on hitting, fielding, or arm strength, we highlight the hungover and make votes for a team we call the Betty Ford All Stars.
Instead of a traditional gift shop, the Steroid User HOF will have a pharmacy where customers can purchase many of the supplements that MLB deemed perfectly safe and legal when fans were paying to see the sluggers go to work.
In honor of counterfeit home run king Barry Bonds price of admission will be $762, a dollar for each home run Bonds hit.
But the Steroid User Hall of Fame building will feature numerous unguarded entrances and visitors will be encouraged to find creative and illegal ways to sneak in.
The only real way to get into the Steroid User Hall of Fame will be to cheat.