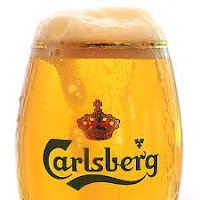 That would be this blog.
Don’t get me wrong. I enjoy blogging and the great feedback I hear from so many friendly readers here and at www.redroom.com.  It keeps me going when all the people with real jobs coldly ignore my heartfelt petitions for real work.
I used to say blogging was the journalistic equivalent of running a lemonade stand. Then it dawned on me even 8 year olds know enough to charge a quarter for a glass of lemonade.
So why blog?
Well, ideally to build an audience so vast and enthusiastic that prestigious editors will pay to cannibalize our blogs for their readers and that publishers will be forced to recognize our work because of the sheer power of the readership we bring to bear.
We seek validation.
After two years, I have found it. And it was in the last place I would have thought to look.
Hello Denmark!
Thanks to the new weeks-old stats feature I can track how many people are reading my home blog, where they live and when the last time any of them engaged in anything the right wingers on the U.S. Supreme Court consider deviant (your secrets are all safe with me, my friends).
So now I spend about an hour or two every other day or so writing a post and the remainder of my waking hours checking to see who’s reading what and if any of the real deviates live near to invite over for high tea.
And the most astounding thing I’m learning is I’m a global phenomenon. I have readers from all over the world. I have scores of them in South Korea, Australia, Brazil, the U.K., China, Thailand, South Africa and Lebanon -- and I mean the Lebanon with Beirut, not the Pittsburgh suburb of Mt. Lebanon where I grew up, the one with Carbonara’s Restaurant on Mt. Lebanon Blvd.
And I have at least one reader in Luxembourg.
I’m ashamed of my ignorance of these distant lands. For instance, all I know about Luxembourg is that is one of the smallest independent nations in the world. How small I have no idea.
For all I know, maybe there are just five people there which would mean that 20 percent of the population reads “Eight Days To Amish.” Who knows? My one reader might be Grand Duke Henri, the nation’s beloved monarch.
And wouldn’t that be cool!
Let’s assume it is and here’s what’s odd: I know that at 6:45 a.m. Henri (he’s so omnipotent he has just one name) was reading my blog, but he wasn’t reading a current post. No, he was reading “WeatherMan is my Superhero,” a post dashed off on June 22, 2009.
Why anyone in Luxembourg would be reading a 13-month-old post from an enigmatic blog purporting to be approaching Amishness is baffling.
I for the life of me have no idea how on earth anyone stumbles onto a blog called “Eight Days To Amish.” Really, calling it that was a very bad idea.
I thought it reflected just how desperate my financial situation had become (and still is). Heck, some days I’m about four days from having the electricity shut off and doing this like churning butter and trading kids for cattle.
And that brings me to Denmark, pop. 5,540,241.
For reasons I cannot fathom, I have 68 readers in Denmark, second only to the 1,718 of them stats says I have this month in the USA (I invite you all to “follow” the blog by posting your picture to the right. I futterwacken anytime someone does -- and that’s the dance Johnny Depp does in “Alice in Wonderland,” not something deviant).
So, finally, after two years I know my target audience. I know the people who “get” my stuff.
Here they are straight from Wikipedia: “Denmark, with a mixed market capitalist economy and a large welfare state, ranks as having the world's highest level of income equality. Denmark has the best business climate in the world, according to the U.S. business magazine Forbes. From 2006 to 2008, surveys ranked Denmark as ‘the happiest place in the world,’ based on standards of health, welfare, and education. The 2009 Global Peace Index survey ranks Denmark as the second most peaceful country in the world, after New Zealand. In 2009, Denmark was ranked as one of the least corrupt countries in the world according to the Corruption Perceptions Index ranking second only to New Zealand.”
I have found a home. So I’m going to do everything I can to court these happy, virtuous liberals in the hopes they’ll welcome my humble little blog into their mixed market capitalist arms.
That means you’re about to be deluged with musings on Tivoli Gardens, 12-time world champion windsurfer Bjorn Dunkerbeck, and how I pine to have a Carlsberg beer to wash down my hearty frokost of frikadeller with a side of Sol over Gudhjem.
I’m going to focus on cultivating every last Danish reader from Abenra to Lolland, from Copenhagen to Esbjerg and clear north to Skagen.
But it won’t happen overnight. It’ll take time.
Until then, I’m eight days to Danish.
Posted by Chris Rodell at 1:33 PM

Ha! I agree, web analytics can become an unhealthy obsession.

Another fun fact about Denmark - attempting to escape prison is not illegal. More reason to move to the "happiest place on earth". This, of course, is in addition to their herring sandwiches.

Love that fact, Erin! And it makes perfect sense. What should that be a crime. Hmmm, you'll probably read more about that one. Thanks!

Also, if you don't mind, I'll thank you to put up your picture in my followers section. It doesn't have to be you or anyone that looks like you. Make it as fraudulent as you like.

And if you'd rather not, don't worry about it. I'm just happy you found the blog and are taking the time to read.

Chris - you're post today made me giggle. Glad to hear you're so popular all over.

And, just so you know, we all obsess more than a little about our web analytics....

Isn't that the truth, Melissa. It's my worst obsession. Very unhealthy, too, probably.

Given that, I beg you to put your picture in what I'm now calling, "The coerced, the cajoled and the outright bribed." Truth in advertising.

I'm enjoying all your tweets. Let me know if I can ever help and if you want me to add your blog to my blog roll. And have a great weekend!

You are, in fact, setting yourself up for disappointment. My advice? Track nothing. Pretend that the entire population of South Dakota is hanging on your every word. You know those authors that finally get around to getting that debut novel published (in a small indie press, of course) and then spend twenty-seven straight days refreshing their offering on the Amazon page to get the latest review of their masterpiece?

And then, they find themselves arguing with any reviewer that doesn't give them five stars?

You don't want to be THAT guy. And we all know where THAT guy started. He wrote a blog, like we are prone to do because, let's face it, us writers are pathetic creatures, it isn't enough to simply write stuff, we have to subject it to OTHER PEOPLE or else we feel as though the universe will implode. THAT GUY had to know WHO was reading his stuff.

Honestly, we are much better off imagining that long-bearded drunken dwarves are our core audience. And to hell with Amazon!

(Like your blog, been reading for months, and so on and so on yadda yadda)

I'm extrapolating your concluding yadda yadda yadda to mean so many other wonderful things. But what you already wrote's a great start.

And very wise. I know it's wrong to get sucked into that trap and I try and avoid it. Alas, sometimes I weaken. So many writers are like the old 49ers who used to pan for gold long after the river'd run dry. We sift and sort and shout when we find even a little speck.

I try and convince myself -- and my students -- that just doing, just showing up and writing well, is joyful and has great meaning. And I believe that.

But it's nice to find out people are reading. So thank you, David, for checking in. It means a lot to me.

And I enjoyed your blog, too. It looks like a fun and lively read. I've added it to my blogroll.