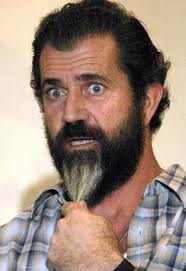 Some days I wake up fired with a passion to blog. I know, I know. That’s like waking up with a passion to farm worms -- and I do farm worms too, but rarely with passion, something the amiable worms never seem to mind.
Then some days I just don’t have any focus. Yet, I have friends who nag me if I write fewer than three times a week. Why, I don’t know.
It’s not like anyone today is lacking in entertainment options. And you’d think they’d encourage me to pursue actual wage-earning options as I uniformly owe them about $50 each.
So on days when I don’t have one really good idea there’s only one option riding to the rescue . . .
The random item post!
Posted by Chris Rodell at 11:51 AM

You do, as always, give me a good chuckle, sometimes an out and out laugh. I like that you feel committed to three posts a week; you delay my having to go find something productive to have fun at!

How sweet of you to say such wonderful things. I enjoy doing this so much and to hear words like yours from someone who just stumbled onto my blog means the world to.

I've been negligent in checking out other blogs, but just peeked at yours. It's wonderful. I'm going to read it more and refer my readers to it in the nearby "I like these guys . . ." column.