Of death and dreams 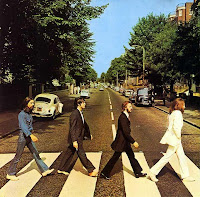 Valerie woke up Saturday morning and told me she had a dream that our neighbor had died.

I didn’t bother to tell her that I’d dreamed, much as I have every night since I was 14, about having sex, getting rich or having sex with somebody rich.

Well, by noon that day, one of our dreams had come true. Care to guess which one?

Now heaven has a friendly handyman who’ll fix the broken lawnmowers, silence the squeaky doors and dispense the folk wisdom that help tenderfoots get through an unusually harsh winter -- and let’s save the debate about heavenly meteorology and lawns that need mown for another time.

We’d known him for just the two years since we moved up into the woods near him and we’re the poorer because we didn’t move next to him about 15 years ago.

The mystifying realms of death and dreams forever fascinate. Why they seem to so often intersect only deepens the mystery.

The specifics of her dream vanished with her waking, she said. Left were the remnants of a strong feeling that death had stopped by the neighborhood. The nonexistent activity in the always still house next door betrayed nothing.

Then it was like a local version of the Abbey Road album cover sprang to life and marched into Bill’s house. There was the ambulance driver, the police officer, the clergy and, finally, the undertaker who took the remains of our old friend away.

I had I guess what you’d call a premonition the night before my own father died.

His father Archibald Rodell, had died in a Pittsburgh veteran’s hospital in 1938 as a latent result of being gassed by the Kaiser's henchmen in World War I. He spent the last years of his life gazing longingly from the windows of a sterile tuberculosis ward and writing achingly beautiful poems about the 10-year-old boy waving up from the lawn on the other side of the glass and the games of catch they’d never get to play.

For some reason, I’d taken that book of poems home with me after a Sunday visit and read each and every one of them. Even though there was no physical clues that the next day would be Dad’s last, I cried and cried and cried.

Was his father preparing me, a grandson he’d never met, for the profound shock that I’d never see my father again? Was he trying to tell me that he and my 76-year-old father would be playing a long overdue game of catch? Why did I pick up that book of poems on that night after years of neglecting to pay it any mind?

It wasn’t a real long shot that Bill, 82, was on his way out. His last six months seemed to have been a slow torture. Val and the kids would take him cookies and gifts on the holidays and see him pitifully slumped on the sofa, too weak to answer the door, but considerate enough to give a friendly wave of acknowledgment.

He lived alone and his driveway became a constant parade of angelic family and caregivers to provide hospice to someone who’d decided to go out on his own terms.

It was only a matter of time.

It’s impossible for me to grasp the finality of death, the enormity of heaven, the wonder of meeting Jesus and if a guy who still dreams about having sex with rich people even warrants admission.

For me, heaven will be heavenly if I get there and the first two people I see are my Dad and his father waiting to greet me.

And that one of them hands me a mitt.
Posted by Chris Rodell at 6:59 AM