Mugging it up for new headshots 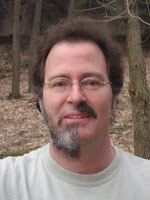 In the interests of facial integrity, I’m proposing everyone on the internet update their profile headshots every time they change the oil in their jalopies.

I say this because I just changed mine and feel liberated. I’d been hiding behind a 6-year-old headshot. That was one car, one kid, one administration, two Steeler Super Bowl victories and, oh, about 10,000 hairs lost to male pattern baldness ago.

Now that I’m blogging three or four times a week, I’m seeing my grinning mug more frequently and I’d begun to despise the youthful poser. I resented him because he looked so handsome, so innocent, and so smug that had he at least twice as much loot in his 2003 401-K plan that I have in mine.

I decided I had to kill him off.

A new beard, my first, would be the weapon. And the results have been gratifying. I’ve already had a round of compliments on the new headshot. First off, people like the beard. I do, too.

I loved how it gave me a wild, untamed feeling. I felt like a real man, an often alien sensation for a dainty dude who’s confessed to looking forward to his next pedicure.

This feeling carried me through the times whenever one of my little cuddlers would reach up and yank on the whiskers hard enough to cause tears to gush from my eyes and me to shriek to my wife, “Mommy! Mommy! She’s doing it again!”

The new headshot was taken in the lovely little canyon that is right in our backyard. There’s a roaring creek and a series of waterfalls that drop about 50 feet over 100 yards. And it’s all just steps from our back porch. It is magnificent. I feel utter peace and wholesomeness when I’m there amidst the solitude.

And I’d spend more time there if I didn’t cut into the time I spend in the dark little bar beneath my office where I spend countless hours yapping with fellow inebriates about sports, politics and how our lives would be different if we ever went to bars where single women went.

The new headshot has me wearing an Ohio University sweat shirt that practically dominates the picture. This was unintentional but wholly appropriate. For better or worse, that’s the place that made me exactly who I am; the school and Athens, Ohio, in general, and a lovely little wreck of a house at 115 Court Street in particular.

It was there on a sun-spangled autumn day after a buddy reunion that I stood and stared up at the little memory factory and thought with wonder, “This is where I became who I am.”

I recognized it as a gem of a line and shared it with my buddy from those days knowing he’d turn it into a song. He did and it’s a dandy that can be found at www.myspace.com/quinnfallon

Having Quinn tell me I inspired two of his songs is maybe the second most cool thing that’s ever happened to me. The first is knowing he considers me a friend.

So the beard had done it’s bit and it was time for it to go. But because I feel it’s our shared duty to break the dreary routine of our daily lives and give each other something different to talk about around the dinner table I decided to do something different: I kept the mustache on the left side and lost the beard, then reversed it for the right.

The look enlivened the Happy Hour.

“You sort of look like Two Face from the Batman movie but you’re stuck with a double ugly.”

One girl asked if I’d recently gotten drunk and passed out, and somebody’d pranked me.

I thought about the past week and told her she was half right.

There was much talk about finishing the job. Some of the guys thought I should make half my hair short and leave the other half lively. One guy said true commitment would have required the shaving of an eyebrow.

As expected, no one in the family noticed for 25 minutes after I brought home the pizza. Twenty-five minutes!

And it was the 2 year old who detected a difference when she suspected theft and told mommy, “Somebody took Daddy’s mustache.”

I asked Val how she could go 25 interminable minutes without looking her husband in the face and noticing an appearance change more startling than even poorly executed plastic surgery.

It was a splendid recovery.

I may grow the beard again next winter. It’s a great facial accessory, a balm to winter’s bitter bite, and I liked having it around to stroke whenever I wanted to appear scholarly.

But I’d be less than honest if I said missed it.

It’s in a little plastic baggie I’m keeping taped to the wall across from my desk. I think I’ll stop now so I can go stroke and try and appear scholarly.
Posted by Chris Rodell at 11:42 AM

Email ThisBlogThis!Share to TwitterShare to FacebookShare to Pinterest
Labels: beards, changing your headshot

You ARE the man, Chris. Lovers the look! How cool! Aside, hope all is going GREAT. Feel me in luv, when you get a chance!

Chris,
Have you ever seen the guy from Ligonier -- lives in one of the old fishing camp houses along the Loyalhanna past Bull's Tavern-- who has a long half a beard? We're talking like a foot and his moustache is trimming above his mouth, but is six inches or so around the corner.

Never saw that guy, but it sounds like an authentic Ligonier look. Maybe he's a half-assed F&I re-enactor.

That look lasted 12 hours. It was a sensation at the Pond and, eventually, at home.