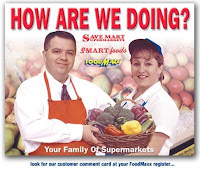 It would be rude to ask people to fill out comment cards on our behavior so I’m doing one on myself.

I just got back from a splendid trip to Amelia Island, Florida, where I endured the usual barrage of comment cards from restaurants, hotels, car services and golf courses. I don’t mind. I fill them all out.

My answers are probably not very helpful because I tend to say only nice things, but I’m on a sort of vacation, I’m in a good mood, my access to fine liquor is unhindered. What’s not to like?

That’s generally the form of the questions I was asked and I’ll stick with that format for my self-evaluation about how I performed as a guest on a golf press trip where I was the only guy out of 14 women.

I knew going in that nothing good could result from any instance when I opened my mouth. If it was talking, something stupid might come out. If I was eating, something disgusting might fall out or dangle off of my mustache while other diners stared gape-mouthed at my barnyard table manners.

So I did more listening than talking. Besides, I work all by myself and spend hours honestly talking to myself as I pace the office in a restless quest for insight. They say great men like MacArthur and Churchill did this too in advance of momentous decisions.

I wonder if they wrestled with questions like, “Should I have a beer for lunch with my fish sandwich or just sip some iced tea?”

For those of you new to the blog -- and I was tickled to learn this now includes a handful of friendly babes with whom I went to high school -- I’ve spent the last eight weeks growing a full beard to look as unsightly as possible for my recent Pennsylvania driver’s license photo.

I trimmed it up before I left and fancied I looked dashing. And, perhaps, for that moment it did. But by the time I’d landed in Jacksonville, it again looked like I was masquerading as Ted Kaczynski. It is a terrible beard, a detriment to my appearance and its days are numbered.

Still, if I ever get pulled over, a cop will see my menacing ID, take a look at my fresh, smiling face and likely conclude I’ve turned my life around since the date the picture was taken. He might give me a break, so the beard’s served its purpose.

Up until five years ago, I always dressed like a guy who at any minute could spring off a bar stool and go gut a deer -- and that included church clothes. But about five years ago I decided on social occasions I was always going to be one of the better dressed gents in the room. And I am.

I believe women appreciate this and other gentlemen respect it. It’s worth the money and the effort to make a good first impression and I’m certain I would have if it wasn’t for the hideous facial tumbleweed.

I believe it’s impossible to overtip the underpaid. I was disappointed that a 20 percent gratuity service charged was tacked onto every bill -- not because I begrudge the amount, but because I always try and exceed 20 percent. I want them to know I appreciate the friendliness they extend to me when I’m sure they’d rather be home playing with the kids than out pouring me booze and pretending they think I’m funny.

So when I throw in a couple of extra bucks on top of the hidden fee, they must conclude I’m an idiot who can’t read a simple receipt.

Agree strongly Agree Not applicable Disagree Disagree strongly
-- Agree strongly --
I’d never do that. It would be irresponsible of me and a slap in the face of any host kind enough to invite me on their trip. Always drink responsibly.

Sometimes sarcasm is an easy shortcut when the truth could embarrass anyone kind enough to have hosted you on a fun trip.

My massive ego, one I acknowledge is constructed without even skimpy foundational accomplishment, perplexes even me. I can’t explain why despite so much contrary evidence, I still think I’m smart, think I’m a great writer, an outstanding family man and am just drop-dead gorgeous. I think it must be a necessary self-defense mechanism that comes from toiling in a livelihood that is imbued with so much cruel and daily rejection.

I blame the runaway ego for not having any success or real income. God must realize that if He permitted me even marginal achievement, I’d be simply impossible to be around. Constant failure keeps me in check.

Any detriments to lugging around a massive ego pale in comparison to the psychological harms I’d bear if I ever had to hear my wife and daughters comment on the areas where they think Daddy might deserve some constructive criticism.
Posted by Chris Rodell at 10:35 AM