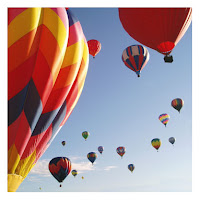 I’m sensing the Pope would have been pleased if I’d have given up condoms for Lent. He was in Africa last week and spoke about the evils of condoms in ways that might confuse Satan into thinking they were talking about him.

He seems to think they’re wicked tools of evil, which is about the same thing my wife thought about associated parts of me after enduring the divine pains of childbirth.

Proponents of condom usage say they’re crucial in stopping the unholy spread of AIDS on a continent where two-thirds of all HIV-infected -- 22 million -- people live. Emaciated infected babies dying in orphanages break the hearts of men like South African Bishop Kevin Dowling who insist condoms should be used to prevent the deadly transmission to the innocents.

I agree. If I was in charge of public health in Africa I’d be loudly advising everyone to put condoms on everything.

And three condoms on some things.

But the pope says nope.

“You can’t resolve (the AIDS crisis) with the distribution of condoms. On the contrary, it increases the problem” by promoting promiscuity, Pope Benedict says.

Back when I had a carnal interest in promoting promiscuity, I used to think the same thing. But my experience -- and I’m one-up on the pope in maybe this one regard -- taught me otherwise. As a young man consumed by ambitious lust, having a condom always seemed to ensure I’d never have a reason to use it.

I’d carry one in the same wallet that contained my driver’s license with its generous organ donor card. But I was young, awkward around the ladies and none of them ever expressed any interest in accepting any of my organs.

Then the instant I stopped carrying the long-since expired prophylactic around, women of low reputation seemed to find me irresistible. They’d come up to me in dim, smoky bars and with bloodshot eyes hint at illicit fun just outside in the parking lot.

Of course, this was when AIDS was just beginning to roar across America’s social landscape. We were learning that free love sometimes carried a steep price.

To dare unprotected intimacy with any of these women would at the very least lead to weeks of worry about exotic social diseases and would certainly damage my carefully constructed reputation. But, let’s be honest, being linked to me wouldn’t exactly launch them into society page prominence at the next season’s debutante balls.

With so much at stake, what did I do?

Why, I’d order us each another snort of Jagermeister, slam ‘em down, and dance her out to the parking lot where we’d steam up the windows of her pickup truck until the cops came tapping on the windows.

Did it every chance I could. If refined lovelies didn’t want me, then I’d be wantin’ anything wanton that would be wantin’ me back.

That’s just the way we are. We’re not made of wax. We’re lonely flesh and blood animals who’ll scheme and dream of any chance opportunity for cuddles and pokes. This life’s not for sissies. Rich, poor, black or white, we’re all looking for love.

Even the Catholic hierarchy in Africa seems to understand this -- and some of them are reveling in it. Priestly affairs are rampant across the continent, says Velesiwe Mkwanazi, a co-founder of Women Ordination South Africa, who says she knows of two priests with children. And Zimbabwean Archbishop Pius Ncube stepped down in 2007 after he was photographed naked in a bedroom with a woman.

Now, I’m not Catholic. But my wife Valerie is a Lutheran church organist who helps edit a Catholic newspaper. Her ecumenical duality gives me rhetorical cover to discuss our Lutheran organs and all things Catholic from condoms to commas.

It’s heartbreaking to think of the millions of people who will die because the church’s stubborn insistence on keeping its moral head in the sand while its faithful have their heads frolicking in other places.

It’s a sticky situation. Without some sensible interventions, things in Africa are bound to get really hard.

I can’t think of a more perfect set of circumstances for a condom to come riding to the rescue.
Posted by Chris Rodell at 11:17 AM