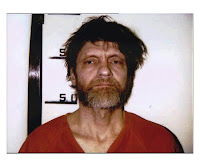 I don’t think I’ve ever typed or said the word “folicular” before just now. I’m not even sure it’s a word, but if it isn’t it ought to be because it’s just so fun to say. I’m going to try and include it at least four more times in the following 700 words or so.

I suppose it’s enjoyable because it includes fun sounds like “folly” and “lick you” which conjures all sorts of fun things from lovers to lollipops.

I read a great quote last year from a professional golfer named Rory Sabbatini. He said, “Lick the lollipop of mediocrity once and you’ll suck it forever.” I keep trying to remember to use it, but as of yet have been unable to shoehorn it into any story or conversation.

Folicular (that’s twice) matters have been on my mind lots these days because I’ve never been hairier. I’m on the sixth week of a quest to look as beastly as possible for my new photo for my Pennsylvania driver’s license set to expire this week.

It’s always been my belief that the more menacing your ID mug shot appears, the greater the chances are you’ll get out of any speeding tickets or other unwanted run- ins with John Law. The theory being that if you appear more wholesome in person than the surly you does on your ID, the suspicious officer is likely to conclude you’re endeavoring to become a better person than you were when the disheveled shot was taken and he might give you a break.

Six weeks shows commitment but I hope to devote the majority of 2012 to the project before the the new one expires in 2013.

Still, this result is already being admired by family and friends who’ve been remarking on it as I get more and more hairy. My mother recoils when I drop off the kids. My impatient wife keeps asking if I’m ever going to shave again. My favorite was from a buddy who struggled to place whom I was starting to resemble.

“I know!” he said in a “eureka!” moment of recognition. “It’s Ted Kaczynski, the Unabomber.”

Perfect. It’s exactly the look I’m after. And, really, if you get past T.K.’s homicidal tendencies, there are many similarities. We both live in isolated homesteads. We both think technology’s moving along too quickly and we both write long-winded, typo-laden manifestos that are largely ignored by a general public that regards us as wackos.

For anyone, any change in our personal appearances naturally draws us to the mirror and I’ve spent a lot of time gazing in mine over the past six weeks. They say the eyes we’re born with remain the same size throughout our lives, but our ears and nose grow a little bit every day. I’ve spent so much time staring in the mirror I think I’ve begun detecting movement.

But it was folicular (that’s three) alterations that drew most of my attention. The beard at the chin is gray, but not uniformly so. It seems almost striped and thus appears skunk-like.

Draw your own conclusions.

But what is most fascinating to me is the one stout gray hair that is rising from just above my forehead like a unicorn’s horn. It’s twice as long as the other brown hairs, more coarse and robust, kind of like a towering redwood in a forest of sycamore.

I suppose there’s a Vesuvius of gray just beneath my scalp and it’s erupting through that one mother pore.

I’ll probably shave the beard in the next few weeks and look forward to 2012 when I’ll grow a facial tumbleweed that’ll sprawl across my next driver’s license.

I haven’t decided what I’ll do with that one gray hair, but I’m leaning toward preserving it.

It has proven itself too exceptional to be severed. It has not licked the lollipop of folicular mediocrity.

That’s four foliculars and I almost got to use the entirety of that great Sabbatini lollipop quote.

Plus in the time it’s taken me to write this manifesto, my beard has grown microscopically. So have my ears and nose.

The way things have been going for me lately, I’ll count this as a fairly productive morning.
Posted by Chris Rodell at 9:40 AM