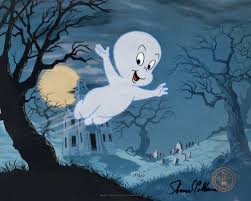 I’m often asked if I think the Tin Lizzy is haunted and my answer’s always been what you might call ghostly equivocation.

I said I was the kind of guy who didn’t believe in ghosts, but felt too spooked to be in the old building after dark and all alone.

I still can’t say I’ve seen a ghost, but I can now honestly say I think I felt one.

Or one felt me.

I felt something firmly slap me twice on the shoulder. I was the only soul on the whole 2nd and 3rd floor. Or maybe soul is the wrong word.

A little background: Whether it’s age, medication, occupational anxiety, too much booze or not enough, my sleep pattern has for two years now been shot to hell. I fall asleep most every night at 11 p.m. and wake up like clockwork about four hours later.

Then about 4:30, I roll back into bed for another 90 or so minutes of fitful dozing.

The upshot is I spend my days in a zombie-like state.

One remedy is the office cat nap. I put the ringer on silent, set the alarm clock for 30 minutes and put my feet up.

Beer trucks idle, sirens wail and Buck, the building owner since 1982, is always              barging into my office to challenge me to a swearing contest. He recently read the “In praise of profanity” link below and now feels liberated to cuss all he wants, which is mostly at me.

And although he’s not my boss, I know he’d find a colorful way to swear at me for snoozing and for reasons I cannot fathom I’d rather Buck call me a c—-s——-g m———f——- than a sleepy one.

He doesn’t believe in ghosts, but welcomes the squads of ghostbusters who come to the bar to investigate and get drunk.

“I think they’re just looking for an excuse to get out of the house,” he says.

I get that. I used to tell my wife I was in a dart league.

The building’s roster of alleged ghosts in led by The Girl in the Red Dress, who once appeared so vividly a second floor bartender skedaddled and hasn’t been seen since.

I don’t understand the spectral obsession with clothes. If I ever get to ghost, I’ll be known as “Chris The Pantsless Ghost.”

I was telling this yesterday afternoon to Laurie Mcginniss, owner of Second Chapter books in Ligonier, one of my very favorite places to buy and sell books. She was here with her friends, sisters Tessa and Mary Kay, and they stopped up for a friendly howdy.

Tessa said she could tell she was in the presence of strong spiritual activity.

I guess she was only being polite by not saying she could tell she was in the presence of a blogger who spends more than he earns.

I told them about my encounter.

“It was firm, but not aggressive,” I said. “It woke me up. I wasn’t scared. I didn’t imagine it. I thought maybe it was warning me to be alert to something, to keep watch. But all that happened was I got annoyed.”

Tessa then surprised me with her take. Maybe the ghost wasn’t messin’ with me, at all, she said.

It’s what we all yearn to hear.

I’m still not sure I believe in ghosts, but it’s nice to think maybe there are ghosts that believe in me.

Is The Tin Lizzy haunted?

Ghosts and ghostings in Haunted Virginia