Finally getting around to writing about procrastination 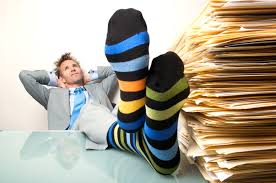 My friend Jim S. of Bovard was putting off more pressing matters to read a story about procrastination cures when, alas, his mind began to drift.

Was reading a story about how to stop wasting time a waste of time?

“It made me wonder how many hours I’ve spent reading about procrastination cures while I should have been doing something else. Then I thought, ‘This sounds like a topic that Chris has probably addressed.’”

Just marvel at the foundational elements in my friend’s note. There is wistfulness, fledgling determination, folly, distraction, avoidance, defeat…

And it all leads straight to thoughts of me!

I was in the middle of some important deadline research when I saw his note, so I was delighted by the excuse to put it off.

Procrastination? I felt sure I’d have tackled that one. I couldn’t think of a single personal or professional flaw I hadn’t exposed to readers, once even posting a story under the daring headline, “Exposing myself to high school students,” which isn’t what you think (see link below).

This is the 1,975 blog I’ve posted since 2008 when I began blogging, which in hindsight feels like a marathon procrastination from career advancement. Sort of like an extended gap decade with no end in sight.

Certainly, I’d have written one measly story about procrastination.

In fact, no. This is the first. And I say that with the understanding that this won’t qualify as the first until it’s actually finished. The odds of me becoming distracted and either going for a walk and not returning or just deciding to succumb to the temptations of the morning drunk are alarmingly high.

I consider myself a situational procrastinator. It’s maybe the only thing I have in common with Napoleon, the fabled Emperor of France from 1804-1814.

He wouldn’t hesitate to declare war, but would dawdle over opening his mail, which he did maybe once a month. He did so because he was convinced that by the time he read any letter the problem it addressed would have been resolved by a subordinate.

In that regard we’re opposites. I never declare war, but I obsessively check my email every 4  minutes ‘cause you never know when some general might seek my advice on a tricky Austerlitz flanking maneuver.

A situational procrastinator puts off distasteful duties that are apt to get done by others while instead embracing fun that should be experienced first hand right away.

I became a situational procrastinator in Athens, Ohio, 30 years ago. It was prior to one house party when I got into an argument with a house manager over my refusal to clean a basement window in a room known for rowdy behavior. I objected on the grounds it made no sense to clean a window that might in two hours no longer exist in one piece.

Turns out I was a prophet. Indeed, the window did get smashed.

It was a great party.

I today procrastinate over attending parties because I recall what a great party’s all about and I haven’t been to one in 30 years.

I put off watching new shows until a critical mass of tasteful friends tell me its worth it. But I immediately tune into all-time favorite movies like “A Few Good Men”  to watch where Col. Jessup tells off the pansy Tom Cruise character.

I put off things like mowing the yard or shoveling the snow on the grounds global warming will soon eliminate the timeliness for such drudgery. But I immediately say yes to any intimacy offered by the frisky missus knowing my principled objections to common housework may one day lead to spousal cooling and the withholding of such favors.

I put off thinking about what one has to do with the other because I can’t handle the truth.

I put off paying bills, doing taxes, seeing doctors and while I’ll drop everything to spend time with an old friend I put off returning their calls because I hate talking on the phone.

Yet I’ll always find time to read, watch baseball, play with a child or listen to a friendly stranger.

Life is short and is beset with too many chores and bores not to engage in situational procrastinations.

I’d like to thank you for putting off some of life’s tediums to spend time here with me.

I enjoy the blog and will never delay in its production.

For instance, this one only took two snappy hours to write.

Now’s the time to buy my book