A Happy Birthday update on my condition 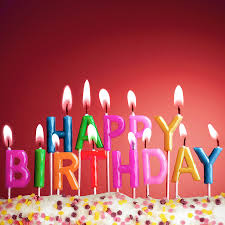 It’s been one year and one day since a brusque tech with no time for blow-softening small talk told me test results indicated I have Parkinson’s Disease and that there is no cure.

I asked what I could expect next.

“Well,” she said, “are you still capable of feeding yourself?”

I told her I’d heroically downed a donut for breakfast but some of the pink Valentine sprinkles fell into my lap. Was it time to summon hospice angels?

That was a low.

The highs? I’ve been the welcoming recipient of numberless hugs, prayers and more than a few offers for free bucket-list fun.

One buddy wants to take me to Scotland to carouse. Another well-heeled gent wants me to pick my itinerary of the top three golf courses I’ve always dreamed of playing. And an old friend with a deep expense account and casual ethics about how it’s disbursed thinks we should roll the dice in Las Vegas.

He knows a houseful of showgirls!

Lesson: people are extra nice to you when they’re convinced you’re not going to be around to be such a pain in the ass much longer.

Given this outpouring of concern and lush largess I’ve struggled to find a logical reason to to tell people, sorry, I’m not dying.

Oh, and today is my 56th birthday.

Part of me worries that if I tell people I could be around another 15 to 20 years they’ll be disappointed. And I’m sorry to disappoint people by persisting to exist.

Don’t you hate when that happens?

It appears, alas, that may be my fate.

And isn’t that a perfectly charming way to convey bad news?

People ask me how I’m feeling.

“I feel like I’m living life perched atop a trapdoor with a rusty hinge.”

It’s just not in my situation an apt one.

Any downturn in my condition won’t be as dramatic as disappearing through the floor. It’ll be gradual.

My doctors say my PD is slow progressing and that I’m high functioning. That’s good. The worst part for me is the virtual uselessness of my left hand when it comes to typing.

It’s a detriment to productivity — as if I need yet another one of those.

Along those lines, some people have asked if I’m going to stop drinking alcohol.

I should note that none of these people tend bar at the Tin Lizzy where they spend their entire shifts ensuring the inebriation of me and my drunken friends, the ones who’d never dream of asking silly questions about my drinking.

In fact, I don’t drink near as much as you think — or as much I’d like — but lively saloons have been my native habitat since, gee, about the 4th grade.

I excuse this habit because I tend to be a gregarious person toiling in a very solitary endeavor. Solitary that is if you don’t count the 1,000 ceaseless voices raging in my head. At the end of a long day (usually about 2 p.m.) it enriches my soul to stop working and go out to be amongst the folks.

And the left hand doesn’t mind pitching in when it comes to raising a glass so I count it as part of my physical therapy!

Some PT sessions did wonders for my attitude. My enthusiastic therapist says I’m in a great position to keep symptoms at bay for many years. She said my eagerness to exercise will play a pivotal role in ensuring I will have many quality days in the years ahead.

My goal is to exercise with such fervor that years from now many of you will seethe with suspicion that I faked the whole diagnosis just to get hugs, attention and free golf.

And that one of you will be so incensed you’ll shoot me to death in my sleep, a much tidier demise than ones I’ve darkly envisioned during low points of the past year.

And I hope I am deserving of any kindness you extend to me as I continue to lurch bewildered through what’s left of this sweet life. I will be happy to reciprocate.

Because I intend to live for as long as I’m not dying.

You are the best and I, for one, am grateful you are willingly sharing the journey.

CR, here is how I look at it. You can’t go early. You have a duty to chase your wife around the house for another 40 or so years. It terrifies my wife when I tell her that, but that is the goal I have chosen. Will talk to you soon, buddy.