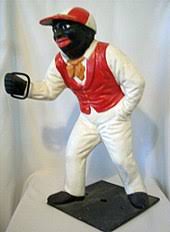 I didn’t start paying attention to the Virginia blackface scandal until I read that one of the minstrels admitted to donning shoe polish to impersonate Michael Jackson, an African-American who at the time was contemplating skin lightening measures that would make him appear more white faced.

So I’d say we’re again nearing peak absurdity on race issues, but every time I say that escalating circumstances make me do an about face.

And with race in America, it’s all about face.

This madcap trio are rough contemporaries of mine. Gov. Ralph Northam is 59. I’ll be 56 next Friday — go ahead and tell the boss you’re taking the day off to celebrate.

But I gauge past scandals of powerful men through the blurry prism of my own youthful hijinks.

Was the offending episode something I’d done? Did I object when I observed others doing it?

And this was key: was the now-reprehensible act back then funny? Did it make me laugh? I give gargantuan leeway to anything or one that gave me the giggles. I wasn’t PC.

Heck, with casual study habits like mine, I was barely even C.

But I excelled at having raucous fun. I had a crew of like-minded rogues I could rely on to ensure nothing serious was ever allowed to flourish.

Not once in four years of drunken debauchery did any one of us ever say, “Hey, I have an idea. Let’s put some shoe polish on our faces and entertain ourselves by pretending we’re stereotypical blacks. Who’s game?”

It wouldn’t have been funny. It would have been offensive. We somehow knew without having to have been told that putting shoe polish on our faces was wrong.

Putting shoe polish on our faces would have made us, er, what?

That brings us to The Legend of Tyrone Stone.

That became the name of the cement stable boy I stole from the front porch of an affluent South Hills Pittsburgh home that happened to be between our family homes and the Carnegie saloon we’d go to get inebriated when we were back on break.

Bob K. and I saw it first. It looked very similar to the picture I found and posted above. I have no doubt in my mind it was intended to mock blacks. The realization kindled outrage in me before I’d ever become aware so much racial injustice existed.

We thought it would look better in the beer room at our Ohio University fraternity house!

So one drunken night with Bob behind the wheel of an idling station wagon, I crept across the well-manicured lawn and seized the lawn jockey.

Man, it weighed a ton. A real Kentucky Derby jockey weighs about 114 pounds. This thing felt like it weighed as much as his horse.

But I was trim and motivated and succeeded in our merry mission.

The prize was warmly greeted at his new home where one of the brothers dubbed him Tyrone Stone.

I felt smug about my role in removing an obvious racist symbol from public view and transferring it to a place where fewer racists could mock it.

And that’s the way it was for three days. Then one of the fraternity brothers thought it would be funny to put Tyrone up on the roof.

It took about two days before the brothers showed up. And I mean brothers not in the fraternal sense, but the ethnic kind.

There were three of them; there were about 15 of us.

Yes, we were badly outnumbered.

“We’re here to talk to you about that stable boy on your roof,” said the leader. He spent the next 15 minutes articulating to us why it was offensive, its dark history and the divisiveness we were fostering by displaying it on our roof.

He was righteous. He was genuine. He was persuasive.

Oh, how I wish I could conclude this fable by saying he was Barack Hussein Obama.

But he convinced us we were wrong. We felt bad and apologized for our thoughtlessness. And we were genuinely apologetic. It was more than the realization they could kick our sorry candy asses.

But they were men of real character. They’d forthrightly marched into a forbidding element and with just reasoning prevailed. They were not men to be mocked over skin color.

Whatever happened to Tyrone Stone?

We took turns smashing the racist symbol to smithereens with empty beer kegs.

And every time I tell a story like that I marvel at the fickleness of life where Brett Kavanaugh and I could lead such parallel lives and one of us wind up on the Supreme Court and the other atop the Tin Lizzy.

Maybe one day we can take one another at face value when we value all faces without the anchor of prejudice.

Until then, the whole ordeal will leave me feeling red-faced.

But we’ll have to save the Elizabeth Warren discussion for some other time.

Blacks in prison & the odd time I saw Johnny Cash