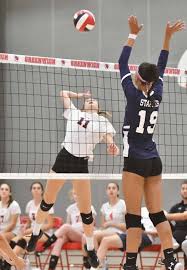 I walked into the gym and alertly, as is my custom, surveilled the occupants. The first thing I do in every room is threat assessment: who in here could kick my ass and who would I easily dominate if things went sideways?

I learned the threat assessment custom from a retired army colonel who said, “Be polite, be professional, but have a plan to kill everyone in the room.” I’ve since heard it attributed to former Sec. of Defense James Mattis, which always made me wonder what was going through Mattis’s mind when he was looking at the president while Trump bragged he knew “more than the generals.”

Of course, I’m not killing anyone.

I’m so non-violent I think twice about telling jokes that have what are called “punch” lines. I make Gandhi look like professional wrestling promoter Vince McMahon.

But the recon has served me well. It helps me separate the friendlies from the potential hostiles and deal with each accordingly.

As I’ve aged and softened I’ve become alarmed at how the odds have been evening out and show no signs of reverting in my dominant favor. I used to average about 80-20. So my first 50-50 was a wake-up call.

It was disturbing, yes, but that wasn’t the worst if it.

No, the worst was the potential threats were all 7th graders.

Our darling Lucy and her Greater Latrobe volleyball teammates — Bump! Set! Spike! — were preparing for a match.

By the way, Mattis would declare Lucy, her sister and their mother my primary threats. The dog hates me, too. Each has ample motive and access so, yes, I sleep with one eye open.

I’m convinced if the stupid dog had even one opposable thumb I’d have been murdered in my sleep years ago — and, guaranteed, none of my loved ones would testify against the dog.

I’ve read that in the past 150 years, our average height has increased by 4 inches.

So the human race is getting bigger.

I’ve seen no studies that indicate the human race is getting any smarter.

But it’s always been that way for me and girls volleyball.

It was my senior year at Ohio University when I walked into the offices of the school paper and said I wanted to be a writer.

One of the sarcastic assholes who ran things asked, “Do you want to write sports?”

I hadn’t thought of it, but I said, sure.

“How would you like to cover the Lady Bobcats volleyball team?”

What do I remember most about my first season on the volleyball beat?

The games were exciting, the Bobcats lost most of them, and I was often distracted from my duties by lusty thoughts of what it would be like to sleep with some of the players I was assigned to cover.

I’ve since talked with Hall of Fame sportswriter Ed Bouchette about the phenomenon and he said he never shared similar romantic yearnings.

But these Bobcats were so pretty, so athletic and several of them were so very, very tall — I remember one was 6’5” — it appealed to the randy adventurer in me. And I think I could have made it happen and I would have but one thing was holding me back. It was …

In hindsight, it’s hilarious. But I’d taken an ethics class that instructed it would have been improper for me to sleep with a subject. I was such an idiot. It wasn’t like I was covering someone on the school board of regents.

We’re talking about a young sportswriter and a volleyball player. Ethically, it might have been different had it been the Lady Bobcats coach.

But there’d never been any kind of spark between Burt and I.

My favorite part of the story is how I, this young man tortured by dainty ethics, would wind up becoming a stalwart contributor of over 1,000 stories to National Enquirer.

Safe to say they won’t be naming any journalism buildings after me any time soon.

The example just shows how going back to the very start of my so-called career I’ve made bone-headed decisions that derailed my chances for certain life enhancements.

I should do a threat assessment next time I look in the mirror.