Go ahead & build your wall; Americans will still love drugs 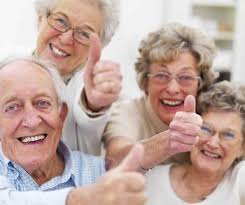 I think one of the most surprising aspects of my life to many of my friends is that I never became what the propaganda films used to call a “dope fiend.”

I don’t do drugs. Never snorted coke, tried LSD or was tempted to stick a needle in a vein.

And I rarely smoke pot. I’ve never even gotten high.

I’ve tried many, many times, but my efforts usually come to an inglorious end when I break down into a coughing fit — red eyes watering, nose running, errant spit sailing from my lips — a literal buzz kill to gaze upon.

I’ve never understood it. I smoke and enjoy robust cigars, but marijuana smoke has always made me gag.

I think maybe it’s God’s way of telling me I don’t need to add to my already ample roster of self-indulgent vices. Or maybe He needs at least one living, breathing example of what I audaciously believe I am becoming:

I’m thinking of all this because I’ve been invited to do a brief commencement address June 6 for an area high school for troubled youth. And let’s be honest: all youth today — at least the aware ones — are in some way troubled. These are very troubling times.

I laughed when I heard Kentucky Gov. Matt Bevin declare based on an increasing number of snow days our kids are getting soft.

Soft? I wish it wasn’t so but we’re raising a generation of battle-hardened warriors. Since Sandy Hook in 2012, 438 innocents have been shot in American schools.

We give our graduates diplomas. Hell, we ought to give ‘em combat medals.

Stopping drugs from coming over the border, we’re told, is one of the key reasons we need to build the wall. Because drugs are deadly. Drugs are bad.

To me, the argument means wall-advocating capitalists have forgotten a key element of basic capitalism and that is …

Trump wants to keep drugs out of the country while many of us, including those who support him, want to keep drugs in a convenient place in case the day needs a little pharmaceutical softening.

You could build a great, big beautiful wall clear up to the jet stream and, guaranteed, people will still crave drugs and die for the high.

Because, yes, drugs are bad, but so is disappointment, loneliness and the death of hope.

I can only guess there’s no real money to be made in finding ways to make people not need drugs, as opposed to depriving them of drugs.

So who’s to blame?

They urge graduates to strive, to achieve, to succeed.

A test: Ask any nearby youth what he or she wants to be when they grow up. They want to grow up to be doctors, attorneys, engineers, etc.

Guaranteed, not one of them will say when they grow up they want to be happy.

Author/philosopher Robert Louis Stevenson said, “There is no duty we so underrate as our duty to be happy.”

Being happy is just not part of our national mindset, certainly not the priority that  becoming affluent (good) or obscenely rich (better) is.

Striving to be Type A is in our DNA. It sets our children up for disappointment, feelings of failure and for some a narcotic escape.

I intend to share my bedrock belief that being happy isn’t as important as always trying to be happy. Happiness can be snatched away. Always trying makes happy a habit.

And, yes, that line is No. 516 in my “Crayons!” deluxe book which I’ll be so heavily referencing many of the graduates will confuse my commencement address for an authorial infomercial.

What can I say? Selling my books to a captive audience makes me very happy.

I’m sure many of you think I’m hoping my talk will go so well I’ll be besieged with offers to speak at other schools.

No, my hope is that a prestigious school district hears about my message and by unanimous acclaim makes me their 9-to-5 superintendent.

I’ll promote a program that teaches our children that you don’t have to pursue some Type A occupation to be happy.

You can be like me, an, oh, about a Type M person — that is Type M when he’s between afternoon naps.

We don’t need yet another generation of youth aspiring to grow up to be attorneys, doctors, politicians, etc.

We need young men and women to aspire to be happy, and to understand that being happy shouldn’t be considered an occupational fluke.

It should be considered an obligation.

Mourning the death of the world’s most cheerful man

Email ThisBlogThis!Share to TwitterShare to FacebookShare to Pinterest
Labels: Build the wall, don't do drugs, Trump, War on Drugs

Well said Chris. To my beliefs, Church is the only place(s) that attempts to instill happiness in ppl.and since the majority of ppl, along with the youth, do not attend Church this becomes lost. Rejoice in your blessings, health, wealth, etc. If Church attendance dwindles, the msg is not heard nor followed. I'm not sure that happiness can be taught. A good meal, anice vacation brings me happiness. How to explain? A feeling. You as a good author, how would you explain a feeling?

What an excellent point. I'm sorry I didn't include in the story, but will mention in talks/speeches. I think it comes down to emphasis. Happiness must be stressed. And, as I've noted in my book(!), "The idea of pursuit of happiness is all wrong. Find a comfortable enough chair and happiness finds you.

Thanks for reading and taking the time to thoughtfully comment!