You don't need the parade to smile at strangers 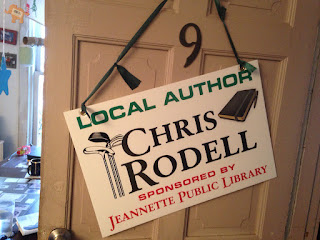 For me, the most indelible memory will be the faces of the children. The bright faces shown with joy, hope and cheer. They’d braved temperatures in the high teens to see Santa.

That they first had to see me didn’t faze them one bit.

Then there were the faces of the adults. They seemed to go through what I guess you could call the Five Stages of Celebrity Disappointment.

It was “The Sparkle of Christmas” parade and hundreds of families lined historic Clay Avenue, to cheer the season, gaze at me and twist their once-sunny expressions into the facial equivalent of “WTF?”

My friends at the Jeannette Public Library flattered me by asking if I’d be their parade celebrity. Of course, I said yes.

You may think I’m exaggerating about seeing facial let down. I am not. And I am expert at recognizing the faces of the disappointed.

I’m a married father of two daughters who expect me to be a decent provider and sensible enough to not wear things like mustard-stained bowling shirts to parent/teacher conferences.

On the strength of my dynamic talk at their library — I wowed everyone there (all 8 of them) — local librarians last month asked me if I’d be willing to ride in their Sparkle parade element, which happened to be a 1972 Jaguar XK150 convertible.

Oh, you betcha. I’ve never been in a parade before so it was very cool.

Cool? Heck, it was practically freezing. We sat in the car — roof down — for an hour awaiting the parade beginning.

The Jag belonged to a local businessman. I was worried he’d be one of those finicky vintage car owners understandably fretting over every scratch.. In fact, he was just the opposite.

At one point, he thrilled me by racing in reverse down a narrow one-way street pinched with parked cars.

I felt like James Bond. Well, since I was in the passenger seat, I guess I was more like a Bond girl, one with a three-day stubble, stale beer breath and peek-a-boo holes in her thermal underwear.

Yes, the #MeToo movement is taking its toll in strange places.

Once the parade finally began, I remember turning the corner and being surprised by the sight of so many staring strangers. It was unsettling. What were they looking at? How rude.

Then it dawned on me; idiot, this is the parade! Smile and say something!

In these fraught times, anything I’d say could be fair game for social media outrage. So I played it safe and said:

“Happy Holidays, good people of Jeannette! Remember to welcome caravans of migrants into your homes, to support the LBGQT agenda and urge the kids to ask Santa to take Barron Trump some lumps of beautiful clean coal for Christmas — and tell him it was from his father!”

Actually, I didn’t say any of that.

I instead opted to risk infuriating the liberals with a two-word taunt.

And the people were so happy, too. Af first, at least. A parade celebrity had wished them Merry Christmas!

Then their eyes went to the sign on the side of the Jag and confusion began to emerge. Why, Jeannette couldn’t even get one of the three dozen or so local TV news grinners to appear in their holiday parade.

They had to get me!

But then another change came on. They began to re-smile. It’s like they were thinking, “Oh, what the heck. This poser may not be Wendy Bell, but he seems friendly enough. And it is almost Christmas …”

And they smiled back.

When we got to the end of the parade route, I had one question for my driver: Could we circle around and do it all over again?

All you need is a smile and a stranger.

It can be your Christmas gift to the world.

Pittsburgh for the holidays