Do NOT vote (& magically delicious thots on Lucky Charms) 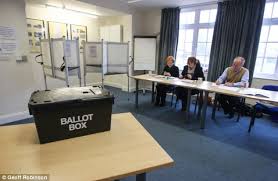 • I have a contradictory message today. It is simple: DO NOT VOTE! None of you. Stay home. Make love. Binge watch “Ozark.” Clean the basement. But do not vote! Do not vote because I already did and if you don’t then the chances of all my candidates winning increases by one.

• Would you drive an elderly neighbor to the polling place if you knew she was pro-Trump? Or if she voted for Hilary? Be honest. Me? I’d first drive the old babe to the bar and get her all tuned up in the hopes she’d vote the way I told her she ought to … or else.

• I know we’re being told this is the most consequential election of our lives and I don’t doubt it. But if it is then how come half my brain is thinking about the election while the other half can’t stop thinking about what it’s like to work in the Lucky Charms cereal factory? Like do the bosses threaten to transfer the unruly workers who make the marshmallow charms to the oat line if they don’t shape up? Is working the oat line a punishment? I’d hate to work the oat line.

• Once for her 7th birthday, I took three boxes of Lucky Charms and separated the marshmallows from all the godforsaken oats so when Josie poured her morning cereal it was nothing but marshmallows. I’ll never forget the look of pure joy on her face as that rainbow of tooth-rottening candy cascaded into her bowl. I think some day she’ll reckon with my flaws as a provider and moral role model but will  remember those Lucky Charms and think, yeah, the old man was alright..

• And, yes, I learned too late you can buy bags of the good stuff already separated. But what kind of father would take a cheater shortcut like that?

• The Jeannette Public Library is hosting an Open House Wednesday from noon to 7 p.m. I’ll be there around 2 p.m. I’m not going to be selling books or trying to draw an audience. I’m attending because they were so good to me during last month’s visit and because they asked nicely. Oh, and because they said there’d be cookies. Free! Come join us (before I eat all the cookies).

• We watched “Captain Fantastic” starring Viggo Mortensen again. I recommend it to my liberal friends because it shows what becomes of a liberal life when it’s taken to its logical extreme. I recommend it to my conservative friends because it shows how useful a sensible conservative check can be on runaway liberalism. And in the end they both get along. So, yeah, it’s Hollywood fiction.

• It’s not too late to become a member of the Westmoreland Professional Builders Association. That way you can come hear me give my Arnold Palmer talk to their membership Thursday at Rizzo’s. I love Rizzo’s! The pasta is peerless and I love the rack of lamb. Alas, I’ll have to curtail my consumption, lest I have a gastric reaction during my talk. That means no Banana Hot Peppers with Asiago Cheese, a zesty appetizer that burns going in as much as it does going out. I call them Ass Candles.

• Just got off the phone with a group that booked me to talk to 16 people Nov. 24 here at the Tin Lizzy. I’ll come to your home, too. A group of at least a dozen booked me to come to a South Hills home Nov. 16. “Bring lots of books!” they advised. Will do!

• I wonder if they have intra-building softball games between the Lucky Charms employees who work the marshmallow line and the ones who work the oats. It wouldn’t surprise me if Team Oats cheats.

• Please get your signed book orders in early. I have plenty of Palmers and “Use All The Crayons!” but I’m almost out of “Last Baby Boomers,” which is probably the one I’m most proud of. Sold more than expected last month. Still available on amazon. I’m preparing a second typo-free (sorta) edition to be released early 2019.

• The Greater Latrobe Senior High Drama Club will on Friday and Saturday present the David Ives comedy, “All In The Timing.” It’s supposed to be great. Who sez? My daughter, Josie! She’s one of the leads! Tickets for the 7:30 shows are $10; $8 for students and seniors.

• I was seriously thinking about composing a high-concept post today where I tailored the lyrics of John Lennon’s “Imagine” to today’s political climate. I thought better of it when I asked myself the salient question: “And how much do you get paid to write these blog posts?”