A random post on Pitt-Penn State with nods to Dave, Bruce, Dylan, Quinn and the guy who robbed the bank to end his marriage 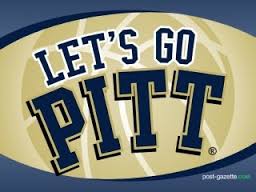 I try to avoid taking topic requests because the result always comes across as forced, stilted.

I’m making an exception today because fanatical reader Dave Angus is the one doing the requesting.

Give me 1,000 readers like Dave and I could rule the blogosphere. You may recall from earlier posts that Dave quits reading the blog cold turkey for six weeks every fall so he can then binge read nothing but “Eight Days To Amish” while he’s in his Illinois tree stand waiting for an opportunity to slay an innocent buck.

Knowing this I try and make my posts extra-compelling in the hopes they’ll distract the hunter from his antlered prey.

Still, such devotion must be rewarded so, for Dave, here goes:

Could you tell my heart wasn’t really into that? Sure, I wanted Pitt to win, but not because I enjoy taunting Penn Staters. I love a good rivalry game and Joe Paterno apparently stole that from my fall revelries 16 years ago.

It was a great game Saturday and sports fans can only hope the rivalry resumes and prospers.

Dave wanted me to write a scathing, mean-spirited post jabbing proud Penn Staters for past controversies.

I’d no sooner do that than throw them all into the big basket full of all those deplorables.

Pitt? Penn State? I have no dog in that fight. I just enjoy a good fight.

Really, I look down on anyone who had the opportunity to attend even one year at Ohio University in Athens and went anywhere else.

• I was outside Consol last evening when Bruce Springsteen and the E Street band began tearing into “New York Serenade.” Among those inside were my buddy Quinn and his brother Paul. They’d bought $175 tickets, far too rich for me. I figured I could find a scalper, flush with indecent profit, who’d be willing to drop down to around $50. Wrong. They were holding out for $100. I passed and today I’m chagrined at having missed what was my dream set list.

• Still, think I made the right decision and got to spend the afternoon guzzling with Quinn and Paul. I’m not exaggerating when I say I’d rather see Quinn than Bruce.

• Of course, I met Quinn at OU. Fun guys like him would never have dreamed of going to either Pitt or Penn State.

• I hope my readership is diverse. I welcome Muslims, blacks, Hispanics, LBGT and both Mormons and morons. I have no idea if any of those demographics show up here. But I do know this much: You’re all gorgeous! Smart, too (except for the morons)!

• Know what else happened on 15 years ago Sunday? Bob Dylan released the outstanding “Love And Theft” CD. That’s not all. Delbert McClinton released “Nothing Personal,” and Alison Krauss & Union Station, “New Favorite.” I was waiting in the parking lot of the local Barnes & Noble to purchase all three when I heard the news, oh, boy. So it was a terrible day for America, but a great day for American music.

• I just did a cursory google check of “famous Ohio University alums.” The list includes (voice of Bart Simpson) Nancy Cartwright, Arsenio Hall, Paul Newman (did not graduate), and original “MacGyver” Richard Dean Anderson and a bunch of other non-celebs I’m sure my Pitt/PSU friends would belittle. I saw one name on the list that pisses me off. He’s sportscaster Thom Brennaman. I used to tend bar with him. He belonged to a rival fraternity of despised pretty boys. He wasn’t a bad guy, but I’ll never get over his Beta taint. I still can’t stand him.

• Just because I went to OU doesn’t mean I can’t still be petty.

• I’m toying with the idea of writing about John Ripple. He’s the 70-year-old Kansas man who robbed a bank because he said he’d rather go to prison than stay married. It’s fascinating. Would the jury convict him? How must his poor wife feel? Sure, it seems like a no-brainer for blog fodder, but my wife caught me cackling at the news and scowled. Doesn’t she know I’m already a prisoner? A prisoner of love!

• Tweet of the Week: I’m so convinced I'll one day die of random gunfire I'm thinking of getting a bullseye tattooed on my chest just to give the folks in the morgue a good story to tell.

• Here’s a 1:37 YouTube of Quinn telling about the lines of mine he’s turned into songs. Includes blatant Natty Light product placement.

• Hey, Dave, a herd of albino trophy buck just sauntered past while you were reading this post!

Binge reading my blog in an Illinois tree stand

My wild and wussy weekend with Quinn

Why the closed casket for JoePa?

The good, the bad and the Bruce Springsteen show