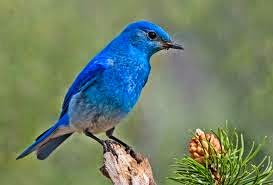 I swear there were times this month when I thought, man, this is going to be my best tweet month ever! It was not to be. I think because every time I thought of a good, snappy tweet I was far from an internet connection and the thought fled my mind before I could jot it down. That’s okay. They’ll eventually come back and I reduced the risk of looking like a distracted jerk by tweeting the in presence of actual people.


• Asked daughter, 8, if she'd had anything healthy to eat today. She said her gum was strawberry. I surrendered to her logic.

• Due to frequent collateral damage, I propose the military begins distinguishing ballistics by calling some bombs missiles and others hittles.

• I hope I never become so cynical that I stop being in awe of passing jetliner & I hope people are more careful about where their dogs poop.

• Always disappointed to go to a Pirate game & see kid wearing "Bat Boy" jersey and realize it's not the BatBoy from old Weekly World News.

• Levi Strauss was a true jeanius.

• I sometimes submit to at least 20 minutes of girls' Radio Disney just so "Rocks Off" will feel so soulfully clarifying when it's my turn.

• For reasons of justice, environmental improvement & pure symmetry, I think any hedge fund managers convicted of misdeeds should fund hedges

• Palindrome should be spelled “palindromemordnilap"

• I sometimes ask myself if I drink too much. I usually say no. I do this out loud and using two different voices like I'm on stage.

• Peg-leg sea captains have a 50-50 chance of starting the day off on the right foot.

• I’d like to teach the world to sing! In perfect harmony! But then spent night in a bar on karaoke night and realized it ain't gonna happen

• He’s one of my all-time favorite Americans, but even I can't defend Ben Franklin's mullet.

• The world would be a lot more satisfying if people known for being lightning rods began attracting actual lightning.

• Someday I’m going to enter a house with “Welcome!” mat, sit on the couch, grab the remote & ask homeowner to bring me a beer and some chips

• The toes on my left foot are getting so spread out I might be the first person in history to be able to give someone the finger with a foot.

• For all his enraged violence, Moe never once hit Curly, Larry or Shemp in the groin. Know what that means to me? He was at heart a gentleman

• Scientists will in 10 yrs figure way to harness hate as renewable energy. Good: it's green. Bad: Driving someone crazy will be civic minded.

• “Price is Right!” would be more compelling if winners were bidding on stuff from Drew's home.

• No doubt I wear the pants in my family (me, wife & 2 daughters). That those pants are pleated capris doesn't make a damn bit of difference.

• Chicken fingers are one of America's most popular meals. Yet, chickens have no arms or hands. Something strange happens between farm & table.

• Problem: Ocean waters rising, Cali in major drought. Solution: teach Californians and all their plant life how to thrive on salt water.

• Americans Against Stupid Silent Letters unite! It's no longer Wednesday. Let's all make it Wensday! (this message brought to you by AASSL).

• Daugher, 8, has a new favorite word. It is toiletries. I don't have the heart to tell her it's not spelled toilet trees.

• Earning so much this summer I'm taking the wife out for a splurge. Yep, we're dining someplace that doesn't have crime-height tape on exits!

• “Price is Right!” contestants represent a great cross section of America if all America were comprised of insane extroverts.

• I was so intent on conveying my disdain for a texting female driver I nearly ran into her car. I was distracted by a  distracted driver.

That thing about the welcome mat? Most of your friends say you've already done that to them!!!! Ha!

I know where you live, Tom!