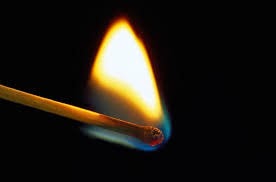 It’s right there on page 95 of my book. It’s just one of 501 items I jotted down to add color or soul to your daily life. It’s kind of innocuous, not one I ever talk about much.

But I’m proud enough of it to point it out to our daughters whenever the situation arises and arise it did the previous Sunday with unholy vengeance.

No. 305: “Say a small, fast prayer anytime you hear a siren running on a speeding police car, fire truck or ambulance. Chances are somebody’s in trouble and somebody brave is going to help. And that’s what prayer is all about.”

We live on Solomon Temple Road, a rural township stretch of pavement that has neither Solomon nor temples. It does have lots of snakes, one reason why I’m pestering township officials of the need to change the name from Solomon Temple to Copperhead Road.

Plus, I’d prefer to have an address that recalls a really cool Steve Earle song than one known for profound Biblical wisdoms.

The previous Sunday the sirens outnumbered the snakes.

Val counted 20 firetrucks, four state police vehicles and a trio of ambulances that went roaring by in 15 minutes.

All hell was breaking out on the upper part of Solomon Temple, a nearly four mile road that can be divided into two sections: we live on the sparsely settled climb up the hill with about five other homes; there are about 20 on the upper flats.

I told the girls to say their prayers because someone was in trouble and a whole slew of brave men and women were on their way to help.

They didn’t get down on their knees or start speaking in tongues — thank God for that — but I like to think the girls, 13 and 8, said some simple little prayers during the commercials that run every eight minutes between Disney Channel airings of “Sam ’n’ Cat.”

Here, according to news and police reports the next morning, is what happened.
A 26-year-old homeowner I’ve never heard of got into a Sunday evening fight with his girlfriend. There was a profane shouting match on the lawn that drew all the neighbors to their windows.

The girl left with a friend.

The distraught man siphoned all the gasoline out of two vehicles in an unattached garage and set them on fire. He then took more gasoline into the house, poured it everywhere and set it on fire.

As the flames rose all around him and his faithful dog barking nearby, he fashioned a noose out of some cords and secured it over a rafter.

This was probably about the time neighbors alerted 911.

I’m guessing this was right about when my daughters said their prayers.

At this exact moment, an unidentified 70-year-old man was passing by and saw the flames. At considerable risk to his own life, the senior citizen ran into the burning home and pulled the young man down and dragged the him to safety. The dog, too, escaped unharmed.

It was an incredible human drama that still has all the neighborhood talking.

Me, I’m more interested in the otherworldly aspects, like did my daughters’ prayers save the man’s life?

It’s important to me because as soon as the police got there they arrested the poor bastard for arson and reckless endangerment. He could face up to 10 years in prison.

It’s very ironic, isn’t it? A man determined to die is miraculously saved and now faces the likely prospect of a life that sucks even worse than the one he’d been bound to end.

I now wonder about the wisdom of reflexively saying prayers when some people are so desperate to die. Maybe we should have said a prayer that any senior citizens with heroic bents would just mind their own damn business.

Of course, I hope one day to report that the man was freed from prison, that he and his girlfriend reconciled, had a baby and that baby grew up to invent maybe a cure for male pattern baldness or something equally beneficial to mankind’s endless struggle.

Or maybe there’s something I’m overlooking.

I’m going to have to ask the girls if they were just saying their prayers for the pets.