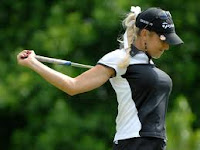 The observation makes me feel like a real boob, but I’m watching the Olympics and wondering where all the breasts have gone.

The world’s greatest female athletes, resplendent in uniforms from ‘round the globe, are uniformly flat-chested.

Like most guys, I devote a good deal of my wakeful moments to considering breasts: are they fake? Are they real? Under what circumstances would I get a clothes-free peek at them?”

But never once have I looked at a pair of breasts and thought, “Well, that’s a lovely pair, but I’ll bet they would be impediments to her medaling in the 100 meter freestyle.”

The opening ceremonies were a delight and I got choked up, as I always do, at the parade of nations. It moves me to see so many people from different cultures so happy over something that doesn’t involve yet another my-God’s-better-than-your-God war.

And they were all beautiful. The men were handsome, the women radiant.

Then the games began and I noticed another similarity: The girls’ boobs were no bigger than the boys’.

It was that way with swimmers, gymnasts, kayakers, table tennis and volleyball players. None of these women I saw had breasts. They had rib cages.

Not to try and sneak in a subversive mention of a non-sanctioned commercial sponsor, but where the hell were all the Hooters?

I wondered if the shapelessness were a result of the constrictive uniforms, but that couldn’t be. Restricting breasts so severely as to make them appear non-existent would have to be painful. And you’d think the stressed breast would pop free like an aneurysm along some weakened seam.

It may be a stretch for me to even try and relate, but I shift in my seat and walk funny when my underwear’s too tight. There’s no way I can perform at Olympic levels with my goodies under the gun.

I can’t run, play frisbee or comfortable participate in a beer chugging contest when my undies are too tight. In fact, the only competition in which I could succeed under those circumstances is speed un-dressing and I’m not even sure that’s an Olympic event.

Perhaps my reaction stems from constant exposure to our whole breast-obsessed society. When I turn on my TV, it’s a sure thing I’m going to be smacked right in the face with some massive hi-def cleavage within 15 seconds of the Toshiba gaining its glow.

And that “smacked right in the face with some massive hi-def cleavage” is a metaphor, so don’t call Comcast demanding an upgrade.

Huge breasts are everywhere. In regards to internationally recognized symbols, they’re right up there next to the Olympic rings. It’d make a dandy tee shirt.

So when I tuned into the an event called the female breast stroke and didn’t see any female breasts for 20 minutes I thought my picture needed adjusting.

I began wondering if organized swimming discriminated against women with large breasts in tight swim suits.

And, man, wouldn’t that be a role reversal of historic proportions.

But I have trouble arriving at that conclusion.

Natalie Gulbis is one of the most exquisitely endowed females on the planet and is also a champion golfer. Serena Williams has enormous breasts that haven’t hampered her success.

What the hell were we talking about?

Sure, big breasts make men stupid, but that’s a topic for another day.

What’s funny about this whole subject is I’m sure I’m giving you the wrong impression.

I don’t give a hoot about breasts.

Or after this anatomical little discourse, it might be more accurate to punctuate it, “I’m an ass, man.”

Fake boobs to confound real ones
Posted by Chris Rodell at 12:54 PM

I totally agree. I miss the breasts as well. One of my nicknames for thos lovely mammories is "strategically placed fat cells". These olympians obviously have 0% bady fat.

Ah, you are a sage reader. Love that description. And love what it describes. Thanks!