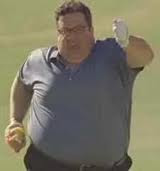 Count me as among those who can’t wait for the Summer Olympic Games to commence in London on July 27.

I love the spectacle, the stories and the competition.

In fact, many people are already declaring their disdain for the summer games.

Part of this goes back to the oft-repeated contention that the only thing more boring than track is field.

Every child understands the joy of running fast. Every child wants to be swift. Better than even playing a game of catch, no one needs to teach a child how to run.

You just decide to fly and you take off.

I was the fastest fifth grader at Howe Elementary School. It’s something I’ve never forgotten.

It was a surprise victory because prior to that no one knew I was fast. Me neither.

This is a true story. The crusty old gym teacher was timing us in the 100 yard dash. Now, I don’t recall how long it takes your typical 11 year old to run 100 yards, but let’s say it’s about 20 seconds.

I did it in 14 seconds. Blew the field away.

Someone had let a dog loose on the field the exact instant the teacher yelled, “Go!” to my group. For some reason this dog -- I remember it seeming coyote fierce -- took off right after my sport britches.

I used to run then much like I work today, aimlessly and without evident purpose.

I wonder how my career would be if someone sicced a big dog on my butt.

Because it did wonders for my fifth grade time. I truly remember finding an extra gear. I surged. I ran like the wind. To this day, I don’t remember stopping. I may have just run straight to the sixth grade.

Of course, today the victory would be in dispute because of rules preventing the use of performance enhancing dogs.

I was thinking of this the other day when a preposterous friend of mine was talking about the rivalry between the world’s two fastest men, Usain Bolt and Yohan Blake. The pair will be a marquee encounter throughout the Olympics.

A former athlete, he was saying he’d like to race the two of them.

I’m still unclear why he said this because it makes zero sense. He weighs in excess of 340 pounds, smokes like a chimney and drinks like me.

There’s nothing about his profile that suggests speed. Rehab and naps, maybe, but certainly not speed.

That’s why what he said was so inspiring. It gave me an idea that will make the Olympics must-watch viewing.

Every event needs a jumbo-sized male to compete against the world’s greatest athletes. Really, it’s hard to appreciate how truly great these athletes are when we only see them matched against other world class athletes.

A contrast would be informative.

But to make it fair, we’d need to give the tubby tracksters advantages.

I’m thinking in particular of the race to determine the world’s fastest man, the 100-meter dash.

The Olympians would spot the 340-pounders the first 80 meters.

Think of it. With just 20 meters, there’s actually a chance they might snag a medal.

We talked about this at the bar the other day and the idea was greeted with enthusiasm by my fellow inebriates who helped refine the ground rules.

We decided it would be unfair to make the big boys start crouched down like tigers. Inevitably, that would cause them to fall flat on their multiple chins at the sound of the gun.

Plus, it would take too long to maneuver into the unnatural position and the Olympians might cramp up during the delay.

So we decided they could start up-right in what we called the smoker’s posture. It’s the lazy half-slouch/half-lean you see smokers engage when they’ve been banished from their offices to the scalding sidewalks to smoke.

Also, these guys would get three lanes all to themselves. This would allow them room to wobble in case inertia gets the better of them.

The slo-mo replays would be riveting.

You’d see Bolt and Blake burst out of the blocks in concentrated fury.

The big boys would just sort of stumble -- one would hope in the right direction -- with looks of confusion and fright.

You’d see the athletes gaining on the finish line in split-second increments.

The photo finish would be best. It usually takes finely tuned athletes another 50 meters before they expend all the speed and energy and slow to a stroll.

But the non-athletes would simply collapse at the finish line. They’d lay there pleading with track medics to bring them a cigarette and something alcoholic.