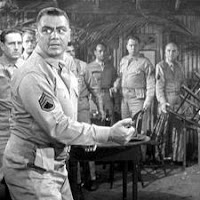 I feel like I’ve neglected the blog this week. That always happens whenever circumstances demand I engage in duties to ensure I’m not neglecting my children.

That’s what happened this week. Val had some pressing deadlines and went to spend two days at my mother’s so she could ensconce herself in a nearby library and work herself into a frazzle.

Being summoned to be the primary caregiver has frazzled me on many occasions. Not this time. I had two full days with the girls and they couldn’t have been more delightful.

No sane father would prioritize his life in that tawdry order, especially not in a place where his alert wife could read it.

Besides, I didn’t even include the Sunday return of “Break Bad,” a sure tip-off that my list was meant to be nonsensical.

Making sure everything’s in order for the “Breaking Bad” return is my No. 1 priority. Val’s, too. We didn’t start watching until January and it has since swamped our lives. We finally caught up with all four seasons this week.

But not blogging nagged at me, especially during a week when the news was tumultuous.

And again I’m reminded how committing to writing a blog is like having a goofy imaginary friend with multiple dependency issues. You can’t abandon it for too long or it might die from lack of attention. But like having a needy friend, you spend a lot of time wondering if the damn thing’s holding you back from more productive pursuits and wondering if, geez, would anyone really care if the SOB just died?

So let me try and get through a jiffy list of news items so I can clear the decks for fresh thoughts in time for the next burst of news.

• The 50th anniversary of the first live performance by The Rolling Stones -- It was my good fortune to be home with the girls under my thumb on this august occasion. It gave me historical cover to spend the day cranking Stones music and lecturing on the rocking significance of indelible songs like, “Sympathy for the Devil,” “You Got the Silver,” and the often overlooked gem, “She Was Hot.” The “CBS This Morning” show had a lavish feature on the band’s 50-year history and Josie, 11, was attentive. This is due largely to my years of musical indoctrinations that make the Manchurian Candidate look even-handed. My old man did the same for me with Sinatra. Still, I contend good music doesn’t age discriminate. I tell her one day maybe 10 years from now she’ll be at a retro cool party where they’re playing the Stones and she’ll be able to converse intelligently about the world’s greatest band. I believe she’ll say, “My old man used to play the Stones for us all the time. He knows so much about what makes music great. He’s the best!” This belief today sustains me through all the times she says I’m weird and stinky.

• The Freeh Report on the Penn State Scandal -- I don’t remember a story that appalls anew with each retelling the way this one does. This is one of those stories I’m reluctant to engage because there’s just so much already out there. If you’re interested, here’s what I wrote about it the weekend the scandal broke. And here is, I think, the best of the bunch that’s been written about the Freeh Report. It’s by Sally Jenkins of the Washington Post, the last reporter to interview Paterno. Should Penn State football be shut down? Yes, for five years. That will discourage the kind of money-mad idolatry that led to the Sandusky cover-up. Should the Joe Paterno statue be melted down? No, it should be moved to a discreet part of the campus and stationed near a plaque that details all the good Paterno did and how his failings forever scarred his once-grand legacy. Maybe add a statue of a tiny, frightened boy being ignored by the triumphant Paterno statue.

• Mitt Romney -- We’re looking at the beginnings of a historically bad presidential campaign. Beating Obama in this economy should be a slam dunk. Yet, this week Romney addressed the NAACP in appearance apparently designed to bait the audience into booing him because it would play well with his conservative base. He still needs to rally his base? Look for news of a splinter group in Tampa to emerge with the intention of thwarting the Romney nomination in favor of a “true” conservative. As for Bain Capital, what was a gold mine for Romney has become a gold mine for Obama campaign opposition researchers. The party that for the past 30 years has looked like it’s all about the money is going to be done in this time by a guy who’s all about the money.

• New “Dallas” plot line -- I wrote about my ardor for the new “Dallas” show here. I’ve cooled a bit, but I’m still hanging in there. I like ridiculous plot lines as long as they’re good and campy and have some thread in reality. That’s why I thought the plot line that has former drunken whore Sue Ellen Ewing running for governor of Texas was preposterous. I arrived at acceptance when it dawned on me, hell, Texas elected Rick Perry.

• The Death of Ernest Borgnine -- I’ve been using this line for about four years now and it was criticized as tasteless when I tweeted it moments after his death: “RIP: Ernest Borgnine. Now that this legend has passed, I guess we need an Ernest Borgten.” Tasteless it may be, but it’s a dandy little line too irresistible to keep to myself.

• The Death of Andy Griffith -- The man could cure hangovers. Nothing made me overcome drink-induced nausea like spending a day on a couch, toes-up, watching hours and hours of “The Andy Griffith Show” reruns. There’s so much heartfelt America in those shows. Want to see him at his best? Check out Adrienne Shelly’s 2007 film “Waitress.” It’s a chickflick, but it’s magnificent, as is Griffith. Then read the story of Shelly’s life and tragic death. You’ll cry your eyes out.

“Starry-eyed singles who date someone because of their proficiency with pyrotechnics are apt to go out with a bang.”