The forgiveness of forgetfulness 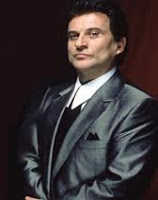 I’m not saying this in an attempt to be funny, but I’d made a mental note to read a Yahoo story last week about memory loss and it slipped my mind.

Completely forgot about it.

Human memory has been on my mind for two months since I danced through the memory minefield that is the 30th high school reunion. I am amazed by the variations of our recollections from those heirloom days.

For instance, one girl, a good friend of mine, said the thing she remembers most about me is that I was never without a big wad of snuff tucked into my lip.

Funny, I said, because I didn’t remember you being insane. I’ve never once in my life had a even a pinch of snuff in my mouth.

Yet, her enduring memory of me is I was the friendly kid with the tobacco spit dribbling out of his smile.

How odd is that?

Then there was the good buddy of mine who’s spent the past 35 years attributing one of my greatest pranks to someone else.

It was Miss Picci’s 8th grade chorus class. We were walking in line from the basement class to the first floor auditorium. She was on DefCon 4 to make sure we all behaved.

Now, there’s a woman who could have used a soothing dip of Copenhagen.

Me, Doug and the other troublemakers were in the front of the line so she could keep an eye on us. It was like a miniature version of one of those perp walks you see on the news.

I waited until we got to the big heavy doors at the stairway. I gave the door a mighty yank straight into my kicking boot. It echoed like a thunderclap.

Miss Picci turned with a look of startled horror in time to see me grasping my head with both hands and moaning, “Why, Doug? Why?” right before I began faking concussion-like symptoms.

I’ll never forget what happened next. She lit into poor Doug like she wanted to kill him. Said she never did like him. Said he was no good. That I was always her favorite. That he couldn’t sing a lick and that she’d see he’d get suspended for a month if what he’d done had ruined my handsome young face.

See, my recollections are crystal clear.

Yet, when I overheard Doug telling the story of this Hall of Fame-worthy prank . . . he said it was Schwartz!

An outrage. The slight made me want to drag him to the stairway hall door and make like Joe Pesci on his head.

That wasn’t even the worst of it.

No, that was the girl I remember from her sexy jungle girl suit.

I was standing alone at the bar when she walked up. I have an indelible memory of her wearing the outfit to her 1980 Halloween party to which she’d invited me.

I glanced at her nametag and said hello.

She looked at my name tag and dismissively said, “I have no idea who you are!”

I’m sure it wasn’t her cruel intention to make me feel like a nobody, just as it wasn’t my intention to make her feel like a slut when I said, “Sure you do. You invited me to your Halloween party our senior year. You wore that skimpy little Tarzan outfit. I wore a diaper and dressed like a big baby. We made out at midnight beneath the pool table in your basement. Remember?”

She did not. In fact, I think the clarity of my recollection upset her because she began backing away without ordering a drink and avoided me the whole rest of the night.

The reason we forget chunks of our silly pasts is because our minds are forever being refreshed by new memories.

Our minds in high school are canvasses yet to be colored.

Back then, I didn’t have things like kids, anniversaries, the complete rosters of five new world championship Pittsburgh teams and the lyrics of 248 songs by Robert Earl Keen and Todd Snider important enough to commit to memory.

You know now that I think about it, maybe I did have a dip or two of snuff back in high school. Maybe it is my memory that’s off because, yeah, that Schwartz kid was damn funny.

And, if memory serves, maybe I was wrong about the girl in the Tarzan suit.

Maybe it wasn’t her after all.

Must have been her mom.